<![CDATA[<iframe src="https://itch.io/embed/99452" width="552" height="167" frameborder="0"]]&gt; <em>Playing the Press: How to Reach Game Journalists, by Jourdan Cameron, is now available to purchase– this eBook is a guide for independent game developers seeking the best methods in order to get in contact with the games press to get coverage- and therefore, attention- for game projects. Some of the topics covered by the guide include:

You can purchase the book on either Itch.Io or Amazon. 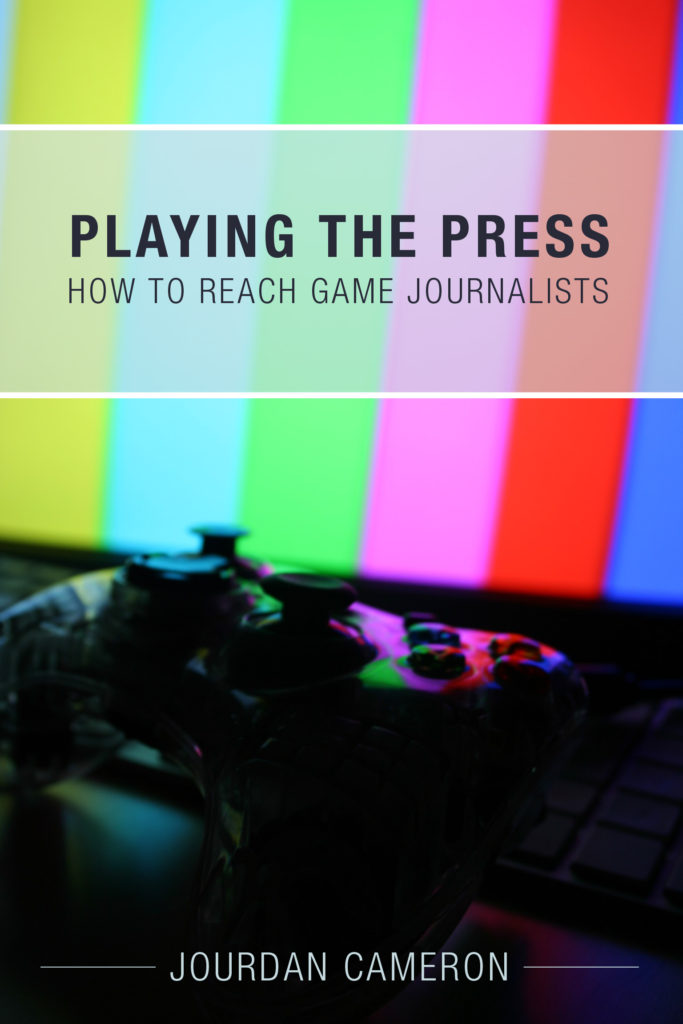 This book is the culmination of Cameron’s years in the video game industry as a journalist; it will warn you about easy pitfalls that you could succumb to, offers advice about what to do when sending those first precious e-mails and writing press releases, and how to keep the attention of the press once you’ve caught it. This guide is brief and affordable, but comprehensive and indispensable. If you’re making a video game and need help promoting it, this is where you start.

Regarding Cameron’s own experience as a writer and game journalist, starting in 2011 he began writing for Blackman ‘N Robin, where he served for a while as Editor-in-Chief until 2016, when he started 1 Rule: Be Cool. He has also written for Unwinnable, Haywire and, a very long time ago, Bitmob, before it became part of Venturebeat. In 2013, he published science fiction novella Me Squared, the story of a boy whose parents had him cloned- he continues to write science fiction, though it may be some time before he publishes another sci-fi story or novella.