and a home console- personally, I’m looking forward to it, but I do have some concerns regarding both the device, and Nintendo’s business practices. https://www.youtube.com/watch?v=f5uik5fgIaI 1. Rest In Peace, Wii U: As a Wii U owner, I am more than happy with my console. I’ve played some great games on it- Pikmin 3, Lego City Undercover, Splatoon– I’ve also appreciated the device’s backwards compatibility with Wii games, since I never owned one of those consoles and have a fair amount of catching up to do. That said, it feels as though Nintendo’s killing the Wii U a little bit too soon. For perspective, Nintendo has released new consoles once every five years, the Wii being the exception, having been released in 2006 and replaced in November 2012 by the Wii U. The Wii U won’t be five years old until November 2017- it’s losing a half year of longevity there, regrettably, though it is worth noting that the Nintendo 3DS was released in March 2011, making it six years old when the Nintendo Switch comes out- so, I suppose, the scales are balanced. 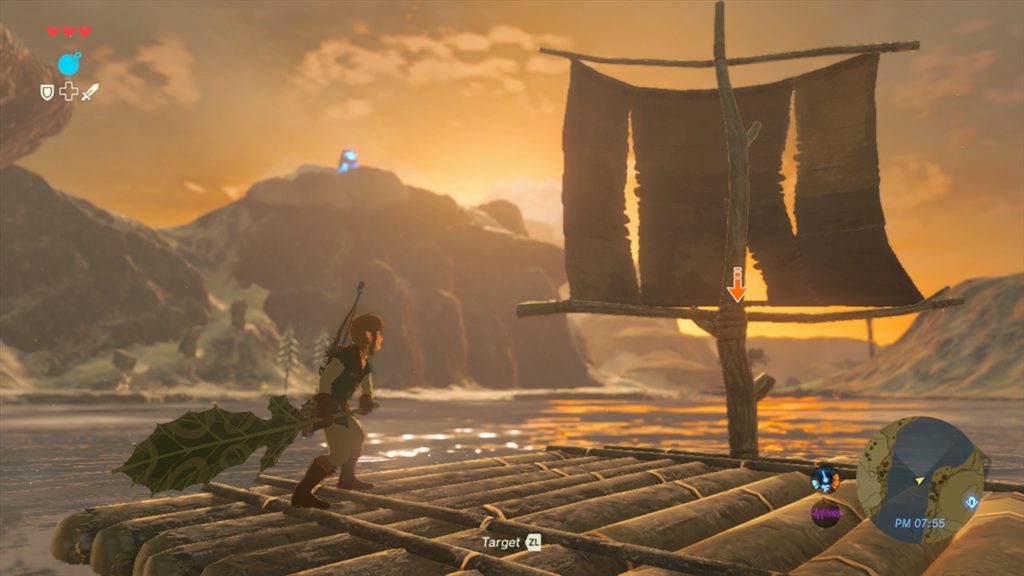 The reason why this is really the death knell for the Wii U is because thus far, Nintendo has revealed no plans for backwards compatibility, which has been a feature of Nintendo consoles for the last few generations. Your Gameboy Color could run Gameboy titles, your Gameboy Advance could do GBC games, and early editions of the Nintendo DS could certainly run GBA games. It seems that with the Nintendo Switch, Nintendo has as good as confirmed that they’re giving up on any sort of back compatibility between the Wii U and the new console- at least insofar as we can discern from the reveal trailer and press release. In the trailer, it is confirmed that the new console uses cartridges- and there’s no indication that it accepts discs. Will it accept my 3DS cartridges? There’s thus far been no confirmation or denial of any compatibility with other Nintendo consoles, but but it would be nice if Nintendo included a mode for playing 3DS games- unfortunately, based on the design of the Nintendo Switch, 3DS and Wii U compatibility seem impossible; the former because it’s the wrong shape for emulating a pair of screens (unless it’s meant to be rotated into portrait mode), the latter because if the tablet controller somehow also functions as a touchscreen, it’s probably going to be capacitive and not resistive. The reason I say this is because in the trailer, the device’s screen doesn’t look “soft” in the same way that a resistive touchscreen generally does- then again, I could be very wrong, so take this with a teaspoon of salt. 2. The Controller Looks Cute, But Not Comfortable: Alright, somebody has to say it: the controllers when they’re attached to the big, pretty tablet seem decent- rather like those of the Wii U- but when they’re detached? They look mighty uncomfortable to use. Look at this still from the trailer- what are we supposed to do with that ridiculously tiny D-pad? If you don’t have carpal tunnel today, you’ll have it tomorrow from using these tiny controls. On second glance, however, perhaps that tiny cross above the buttons is meant to used for orienting which side of the tablet that the detachable controller’s supposed to be re-attached to? Note: As one of our readers pointed out, that “Tiny D-Pad” is most likely just a button. Thank you, kind reader. [caption id="attachment_164" align="aligncenter" width="614"]

I really, really hope they don’t expect that D-pad to be used for actual gaming.[/caption] Nintendo calls these detachables the “Joy-Con” controllers, which is a significantly less clever name that Wiimote and sounds like some sort of illegal substance, but that’s a complaint for another day. Much like the Wii U, it seems that you don’t have to use the tablet style controller- you can use a more traditional one, which is nice- based on the information in the press release, it seems that the “Nintendo Switch Pro” controllers can be used when the device is mobile, though this wasn’t confirmed- perhaps Nintendo is still coming up with suitable hardware for mounting the device atop a Pro controller? Further, Nintendo has said nothing about the device’s compatibility with existing Nintendo hardware. My Wii U will accept my Wiimotes- will there be any such compatibility between Wii U hardware and the Nintendo Switch? At this point, it seems unlikely. 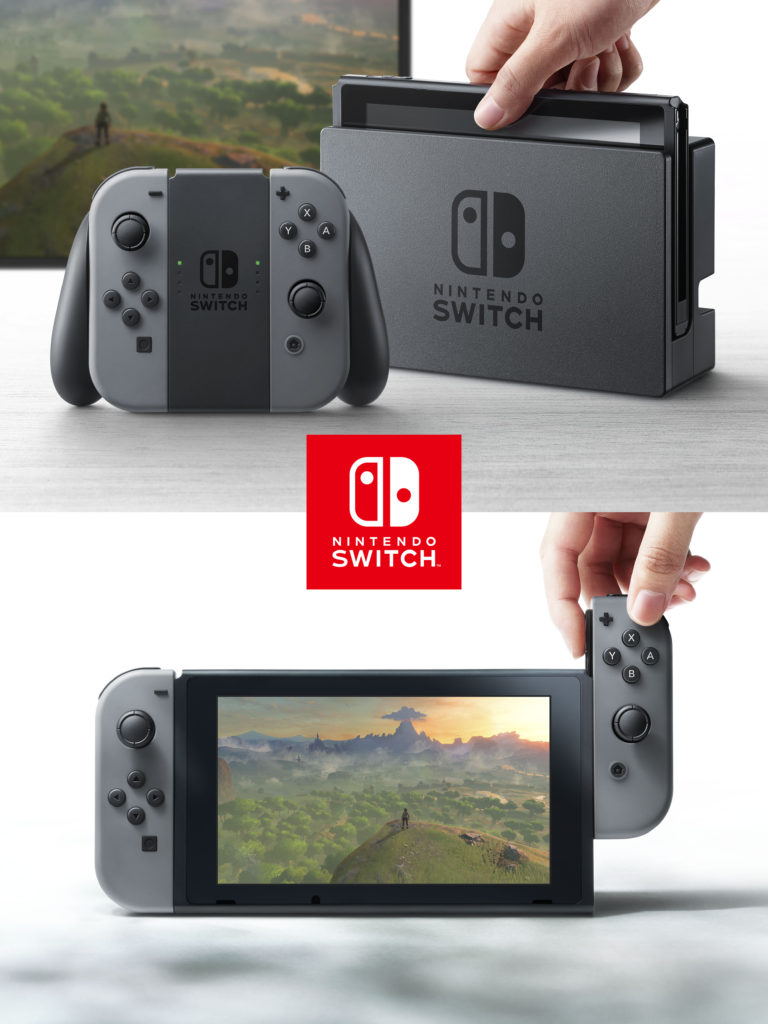 3. Nintendo’s Questionable History with Online Services: What has been Nintendo’s greatest weakness through the last couple console generations continues to be their failure to provide a strong online experience with their devices. Their services pale in comparison to those of Microsoft and Sony; for a bit of perspective? The eShop. If you’ve purchased Nintendo games digitally on the Wii, they’re not tied to a central account to allow you to just re-download the games on the Wii U- if you purchase a Wii U, any Wii games that you “own” digitally have to be transferred to an SD card, permanently deleted from the Wii and copied from the SD card to the Wii U. This is a total pain in the fingers. I’d say that the best thing that Nintendo did with their Nintendo Switch reveal was highlighting its multiplayer capabilities- besides the fact that multiple folks can play on a single unit after it’s been detached from its base station, the Nintendo Switch will also allow you to bring multiple units together for multiplayer experiences, which is a smart touch. What happens, though, when you want to keep gaming online with the friends you met at an impromptu rooftop party? Do you have to exchange awkwardly lengthy friend codes? While we know nothing of back compatibility regarding the Switch and other platforms, if it does occur, it’ll most likely have to be digital. How hard will it be to transfer our games over to the new system, if it can be done at all? Will Nintendo introduce a brand new online experience?

All in all, I’m looking forward to the inevitable Nintendo Direct on the Nintendo Switch, and I’d most definitely like to get my hands on one- hopefully Nintendo addresses these concerns at some point in the future. What do you think- is it worth being worried about these things? Sound off below or hit us up and follow @1RuleBeCool on Twitter- you can follow me for my own views and to carry on pointless arguments about stuff we can’t know for sure, if that sounds like fun to you. If you’d like to hear my beautiful voice every week, might I suggest checking out 1RBC Gaming Weekly? It’s a weekly show that takes all the important game news from the week and condenses into a convenient package- it’s worth checking out if you don’t want to miss any important gaming news. You may also want to read our editorial on the psychology of why people become console fanboys, so when the Switch comes out and people are engaging in absurd flamewars, you’ll better understand why.]]>

2 thoughts on “3 Reasons to Worry About the Nintendo Switch”