<![CDATA[February 13, 2018 is the day that Mojang will shut down the <em>Scrolls servers for good. Scrolls, in case you’ve not heard of it, is CCG/board game hybrid that was developed and published by Mojang. It was at the center of a controversy when Bethesda was ready to sue Mojang for having the audacity to name their game Scrolls, claiming that it infringed upon the trademark for The Elder Scrolls. This was bad for Bethesda’s PR as Mojang in those days was more of a “Little Engine That Could” sort of company, and Bethesda was seen as a Goliath tossing stones- ultimately they backed off. Sadly for Scrolls, the game never quite found a big enough audience to keep it profitable in the long run- add to this the match times that could run well past the attention span of your average Hearthstone player and the game’s surprisingly deep meta (the deckbuilding element thrived on player creativity) and you have a formula for a fantastic and unpopular game. It seems ironic that the juggernaut behind Minecraft, one of the world’s most popular games, is also responsible for a game that’s sunken into such obscurity. 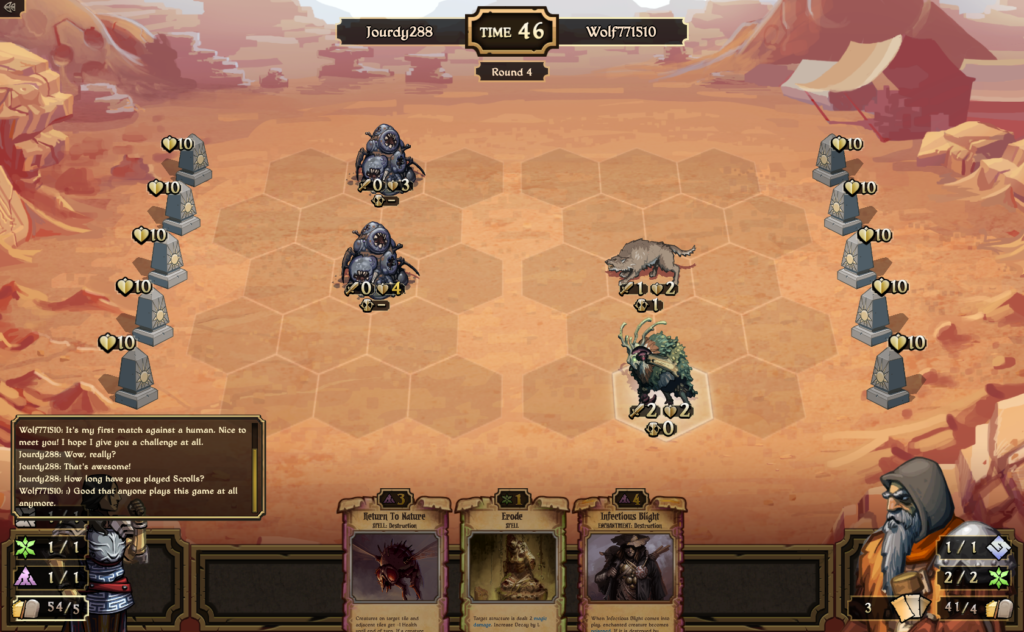 What made Scrolls so special is that on the surface, it seemed an ordinary CCG; you’d put together a deck of at least fifty cards (less in the Judgement mode)- there were four different factions, each with a different theme and play style. Energy, for instance, bore a dieselpunk aesthetic and was largely focused on removing other units, whereas Order was made up of knights in shining armor, with a focus on affecting the timing of other units. What really set Scrolls apart was the board on which it was played. A 3×5 grid of hexagons is where you’d drop your units- creatures and structures- in order to defend a rear line of structures called “idols”. Lose three of those and the game comes to an end. Something that made the game sort of crazy was combining units from different factions in order to take advantage of their traits. For instance, Energy has a lot of structures, and Growth has a card that can be used to apply a buff to a unit whenever a structure is placed anywhere on the board. Combining these two factions came with its own unique challenges- you’d have to build up a resource pool for each of them- during which time your opponent might just stomp you if they’re running a quicker deck- but the payoff from putting together and pulling off a crazy strategy was second to none. A lot of love when into creating all the units in Scrolls; every creature and a significant number of structures are beautifully animated, and every card is accompanied by a gorgeous bit of art. 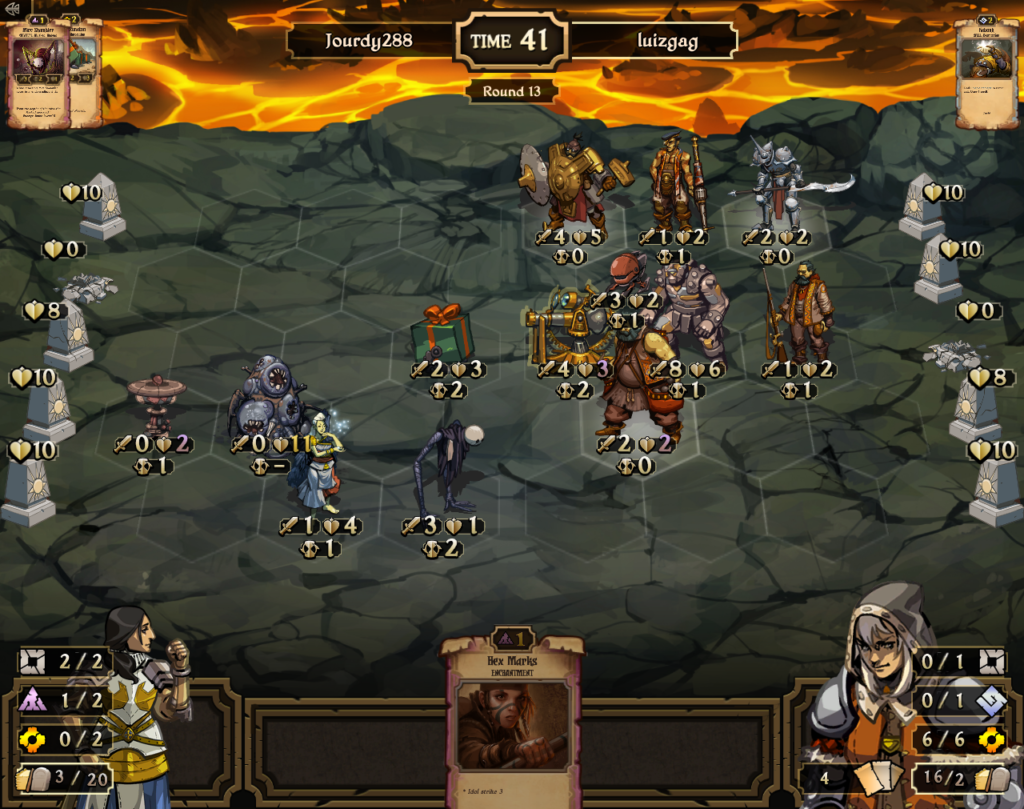 I’ve played plenty of Scrolls. I’ve played the game since it left beta back in December 2014, and I continued to play after the game received its final update- I kept playing after hearing that the developers would stop supporting the game in July 2016, and I’m going to keep playing until they flip the switch next Tuesday. There’s Some Good News While Mojang is turning off the Scrolls servers, according to an official blog post, there are plans to release the game’s server software to the public, so that players will be able to keep enjoying the game on into the future. While they’re not currently planning on releasing the source code for either the game or the server software, the game’s database will be modifiable, meaning that players will be able to customize and balance the game as they see fit. Further, to celebrate the game as it was, there will be a community tournament on February 11th, and the developers will be joining the players one last time on February 9th. While I’m personally saddened to see Scrolls ending (it was my first CCG, one that seems to have no equal), I’m grateful for the time I got to spend with the game- and that it continued running over a year and a half past its initial supposed shutdown date. Have you played Scrolls? Perhaps you picked it up in a Humble Bundle or downloaded it on  a whim when it came to Android- or perhaps you remember the game’s earliest days? Share your Scrolls memories in the comments below or hit us up on Twitter @1RuleBeCool.]]>