<![CDATA[The state of the video game industry is such that games are more often bought based upon their underlying concept than their actual execution of said concept- it's why we have so many disappointments in Steam Early Access right now, but it's also how some really interesting and innovative indie games have found their audiences. If you have a cool idea for a game and the talent to show it off- through a flashy trailer, perhaps, that demonstrates your concept, you're halfway to selling the game. I feel that this must be said outright: <em>Community Inc is not finished. Right now on Steam, the game lacks the “Early Access” banner, and this is coverage of the game’s version 1.0.12- I honestly think that the developers have made a huge mistakes in labeling this game as ready for sale. https://youtu.be/TyTZS1uWWi4 The premise of Community Inc isn’t too complicated- set in a fantasy world, it’s a real time strategy game in which you’re put in charge of a village, and need to make said village profitable. To do this, you can hire villagers- “Lings”. These villagers build structures, conduct trade, collect and refine raw resources, and fend off wolf attacks. At the start of the game, you’re granted a bit of principal, which you can use to hire new Lings and perhaps curry favor with your neighbors- perhaps the mushroom men are in need of some money, which you can supply. 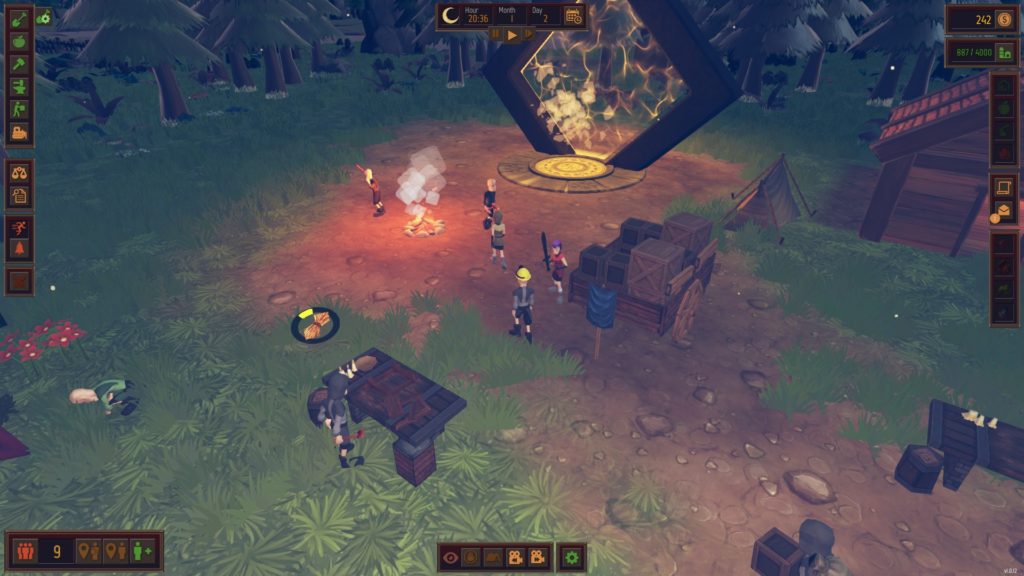 As your Lings go about their day-to-day activities, they level up, albeit a little bit dubiously- more on that later. When they reach certain levels, they can take on new jobs; for example, a miner, who spent his days digging up clay and stones, can become a sculptor and form the clay into pots and roofing tiles. The game features a pretty simple diplomacy system in which some groups of creatures arbitrarily hate others- the dragon people might hate the cat people might hate the tree people, for instance- doing business with the cat people may draw the ire of the dragon people. If you accept a quest but fail to deliver, you’ll damage your relationship with a group, whereas if you accept a quest and actually deliver, your relationship improves and you’re… Less likely to go to war? The game doesn’t really spell out advantages to forming alliances- which made me care less about maintaining relationships above the baseline in order to keep trade going. The day/night cycle of Community Inc adds a unique element to your strategy: as you’re playing the game, the clock is ticking. Days don’t pass particularly quickly (they feel longer than the days in Pikmin) and they’re always busy (assuming you’re playing the game correctly)- when the night comes, however, activity doesn’t stop right away. Your Lings will continue to work for a while before going to bed- assuming that there are beds (or, at the very least, tents). If they have to sleep on the cold hard ground, they’ll lose some morale, which makes them less efficient workers. 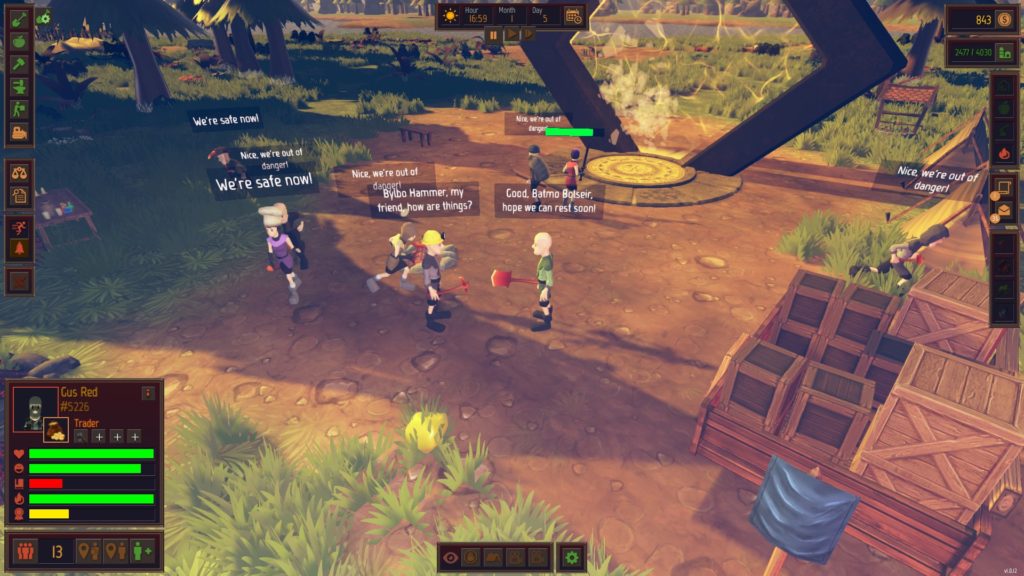 In all, the gameplay itself is pretty interesting- I don’t think it’s fully fleshed out quite yet, but it shows a lot of potential. Is it worth buying Community Inc based solely on its potential? Right now, I don’t think that’s the case. For starters, the game has more bugs than the underside of a powdered wig- one of the issues that I encountered was that I could order the crafting of several units of a very specific item, and the Lings would get to work- then, when I went to access the items, they just didn’t exist. The resources were spent, but the items? Gone. This is a worrisome wrinkle when you’re trying to accomplish one of the game’s quests, diplomacy is on the line and suddenly, you don’t have those twenty pieces of fencing that you went through the trouble of producing for the well-paying tree people. Something particularly annoying is that early in the game, your item storage is quite limited. Because you don’t directly control your Lings, it’s all too easy to allow them to forage out of control, picking up items until your inventory’s full of rocks you have no immediate use for. You can’t build a storage warehouse without certain materials, such as clay roofing shingles. You can’t produce those without a couple pieces of specialized equipment and a specific unit, and you can’t have that unit unless your miner is experienced- perhaps experienced enough to have filled an inventory with rocks. You can’t produce anything until your inventory has space. Inventory management can be a game to itself, but Community Inc doesn’t handle it in an engaging or thought provoking way- I just found myself sighing when it came time to throw away the rocks and logs that my workers went through the trouble of collecting. The game doesn’t offer a whole lot of feedback or valuable information- how, exactly, do your Lings level up? For example, I wanted a blacksmith as the game went on so as to produce more advanced tools. Trouble is, for a Ling to become a blacksmith, it must first be a level five builder. All of my builders were level four, and there was no indication as to how one could level them up to five. Just keep… Building things? There’s no clear feedback system to inform you of just how close your Lings are to leveling up- there’s just an embarrassingly tiny notification to let you know when it actually happens. Are my Lings gaining experience points building the same things over and over again, or do I need to build something new? I’m in the dark. Personally, I intend to keep an eye on Community Inc as it shows a lot of potential- it’s incredibly ambitious, and at times feels like a fantasy version of The Sims mixed with Castaway. Have you been playing Community Inc? If so, what do you think about the game? Hit us up on Twitter @1RuleBeCool and let us know what you think.]]>