<![CDATA[After a cryptic tweet yesterday, a new game in the <em]]&gt;Undertale series,<em> Deltarune, has been released- the game’s first chapter is out now for free. I’ll confess that in spite of owning Undertale, I’ve never beaten it- that said, I burned through Deltarune and loved every minute. If you don’t know what Undertale is, all you need to know is that it’s an RPG in the vein of Earthbound– it’s unabashedly weird and full of zany characters, but it also tells an interesting story that intentionally subverts much of what we consider to be “video game logic”. A huge part of the game’s premise is that while you can play it like any traditional RPG, beating monsters and such, you can choose a more peaceful route- you can choose to communicate and peaceably avoid conflict- but that path does not come without challenge. You need not have played Undertale in order to enjoy Deltarune– that said, if you’ve played it you’ll have a much better understanding of what’s going on. That said, Deltarune does contain some spoilers for Undertale. You’ve been warned. 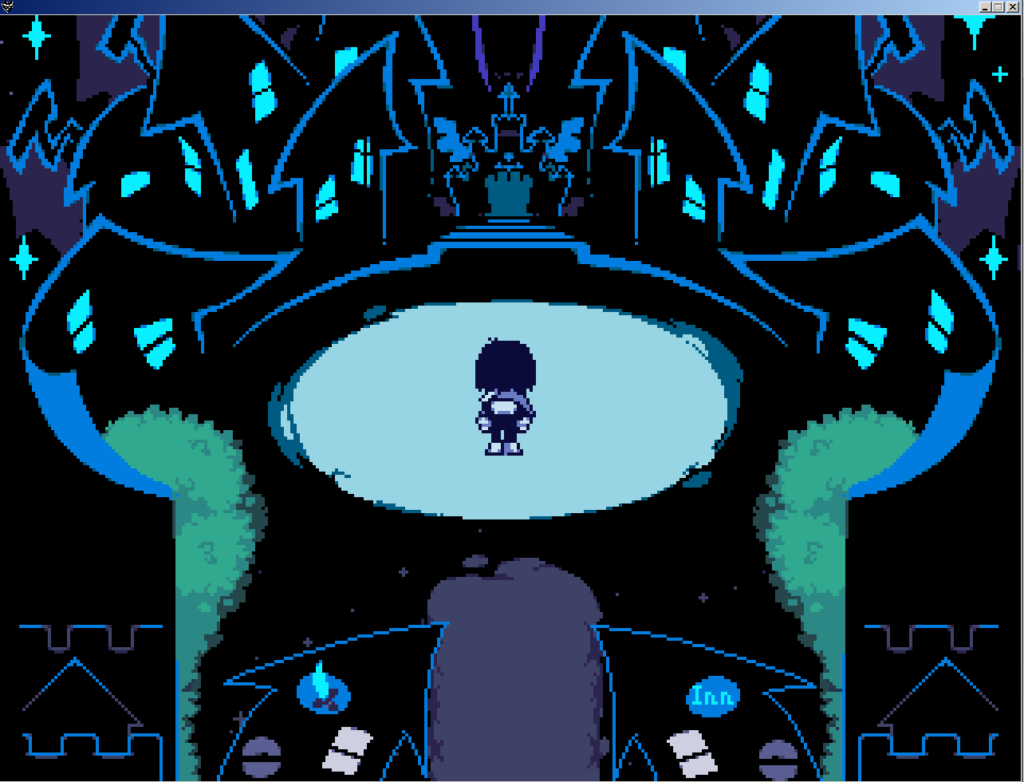 The first chapter of Deltarune is available to download for free from the game’s official site; it’s available in English and Japanese for Mac and Windows; from what I’ve been hearing, the game affects your original save files for Undertale, as well as adds new content- and it knows if you’ve been, let’s say, naughty. There’s no word on when the game’s next chapter is coming out, but frankly? This is an incredibly generous demo, and I can’t wait to see where the game’s story goes. Perhaps it’s time for me to pick up Undertale again? What do you think of Deltarune? Hit us up in the comments below, or tweet and follow @1RuleBeCool.

As for a bit of possibly spoiler-laden speculation, it seems that this game is an alt-universe spinoff. It’s not entirely clear what’s going on to me (then again, I didn’t beat the original game- it’s on my ever growing to-play list) but the game’s title, Deltarune, is an anagram of Undertale. Things are mixed up- both in the title, and it seems, in the world. Though some familiar characters and elements appear, things are… Changed.