raised $4 million in funding. In case you’re unfamiliar with the concept, a cloud-based gaming platform allows you to stream games from the cloud to any device with a screen, inputs and an Internet connection- so if your computer’s good enough for Youtube but can’t handle the latest Batman game, you can play through a cloud gaming service with minimal hassle (in theory). Through LiquidSky, you can log in to your Steam, Origin, Good Old Games account (or what have you) and play your games remotely. https://youtu.be/W9-Uu_MkCnE During CES this year, LiquidSky announced a free tier for their platform- essentially, users can watch ads in exchange for time on the service. You can watch six minutes of ads in exchange for an hour of playtime for up to three hours of time per day. While this sounds expensive, according to LiquidSky, they can more than afford it- they say that their cost per PC is $30 per month in electricity- no word on how much they’re paying in bandwidth, however. [caption id="attachment_349" align="aligncenter" width="693"] 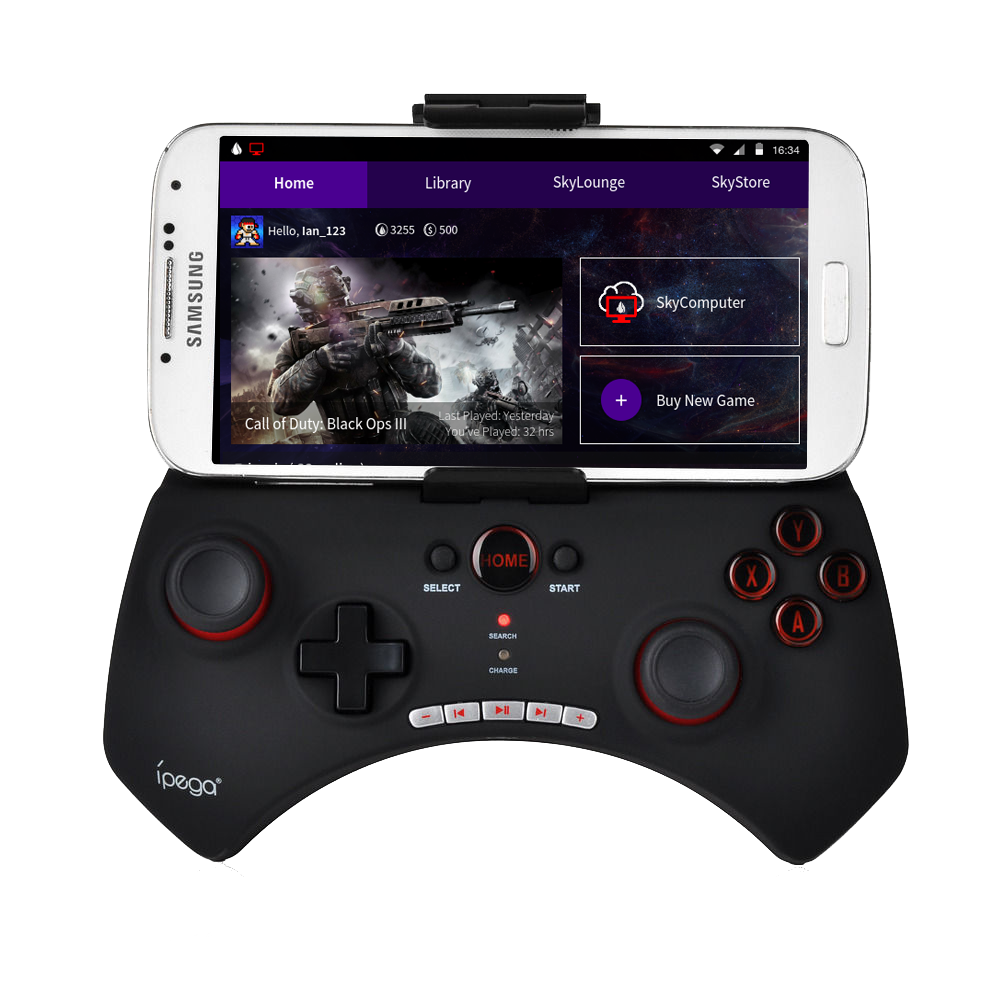 While LiquidSky runs on PCs, it’s also available for mobile devices.[/caption] The system runs on what are known as “Sky Credits”- basically, watching ads unlocks Sky Credits, which can be spent on different PCs with different specs, which are as follows: Gamer

Pro Elite If you’d like to play for more than three hours per day, you can pay for more time as you go or pay $40 per month for an unlimited plan. UPDATE: The unlimited plan is gone. Time still can be bought, however. Personally, I love the idea of this. While I doubt most folks will see a big performance difference between the “Pro” and “Elite” tiers for their games at this point in time, that they have the option is definitely a good thing. The most exciting part of this, however, is definitely the free tier, which has the potential to open up PC gaming for a lot of people. Even their lowest tier of PCs can run most games at good settings- so long as whatever device you’re playing through has a robust and stable Internet connection, you won’t have to worry about games choking and sputtering because your computer’s GPU is actually a baked potato. 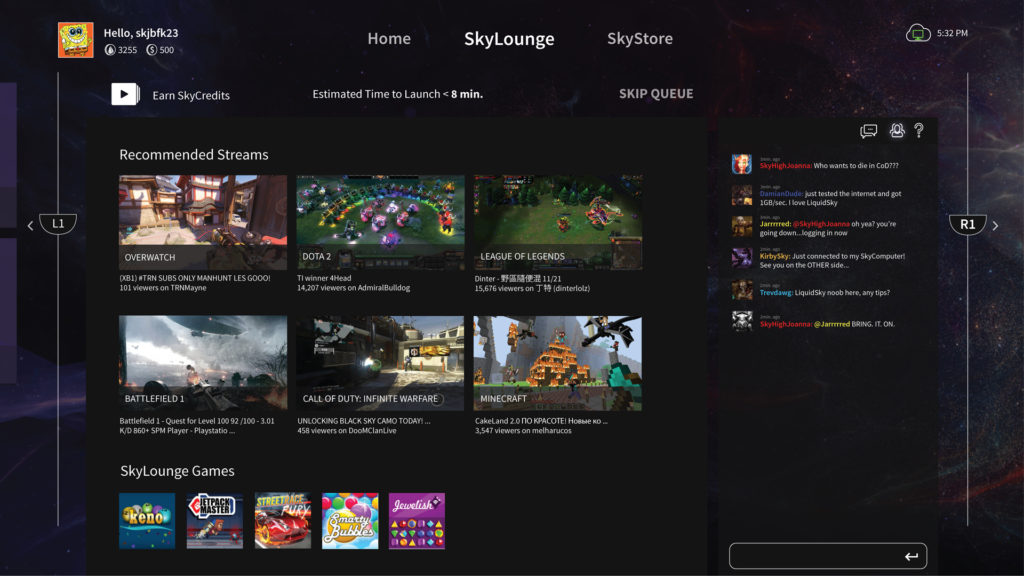 The Concerns Frankly, I’m concerned about the long-term viability of an ad-supported gaming platform from the perspective of the advertiser. Think about it- users can earn three hours of playtime per day by going through up to eighteen minutes worth of ads. How many users are going to pay attention during that time? According to the press release I received, “Users are rewarded Sky Credits for watching and engaging with advertisers.” Does this mean ad gamification? How many advertising agencies are producing those sorts of ads, and how effective will they prove to be? I feel like it needs to be said: plain old video-based ads will be ignored. If advertising on the service is obtrusive or obnoxious, it’ll work against the platform and those paying for ad space on it. To find out just what sort of ads users can expect, I got into contact with LiquidSky, and they made the following statement: “We’ve partnered with true[x] and other ad partners to deliver high quality engagement focused ads that users choose to watch/engage with in exchange for receiving SkyCredits. True[x] is also partnered with Twitch to provide high CPM, high engagement ads similar to the ones we will be providing our users. Users can interact with ads to earn up to 3 hours of game play for everyday. The SkyCredits users earn rollover and can be redeemed whenever they like. For example they could earn up to 3 hours a day during the week and decide to binge on the weekend for 15 hours straight.” 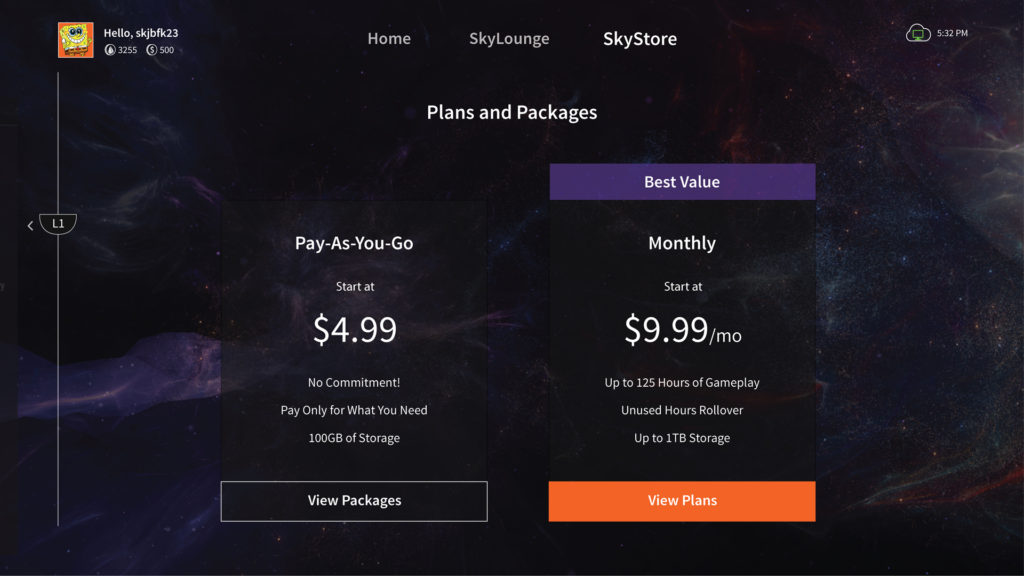 The problem with any sort of advertising (at this point in time) is that we’re practically drowning in it. Most websites, bit for bit, contain more advertising than content- at some point, you’re not paying attention to the ads, which are dancing and crying out (sometimes literally) for your attention. What’s more, ad space is cheap- in order to keep the lights on, in the future LiquidSky may need to find additional ad agencies willing to drop serious money for what might be experimental, experiential ads. If you’re looking to advertise on the platform right now, you’ll likely have to go through true[x] as, according to the statement, “we are not managing direct media buys but plan to in the near future.” To be clear, I can definitely see the service itself being a huge hit- especially among a younger audience that doesn’t have the money for fancy gaming PCs. Something like this will attract droves of kids who’d like to enjoy PC games on their hand-me-down rigs. Trouble is, that’s a demographic that isn’t exactly dripping with disposable income; hence, while the potential market there is big, it’s also a little limited. Then again, while kids would definitely be a big portion of the audience for the free tier of service, there are still a lot of people who aren’t in a position to purchase a proper gaming PC but are still interested in playing PC games- if the advertising to this group is to be effective, LiquidSky is going to have to collect a lot of demographic information. Don’t be surprised if they offer discounts or bonuses for connecting the service to your social media accounts! Then, too, is the question of security: what happens if the LiquidSky servers are somehow breached? Imagine what could happen if hackers suddenly had access to the Steam accounts of everybody whose account information was being stored on those PCs- it’d be chaos. I’m not saying this for the sake of fearmongering- it’s a very serious concern. The press release I received says a lot about video games and latency but absolutely nothing about security. While I’m sure that Liquidsky has security measures in place (and that they’re smart enough not to talk about what they are publicly), it would be nice to know just how safe my files actually are. Are these files being encrypted? Is information about what’s being stored being sold to third parties? LiquidSky is going to need transparency if it can hope to succeed where OnLive failed. Why I’m Hopeful 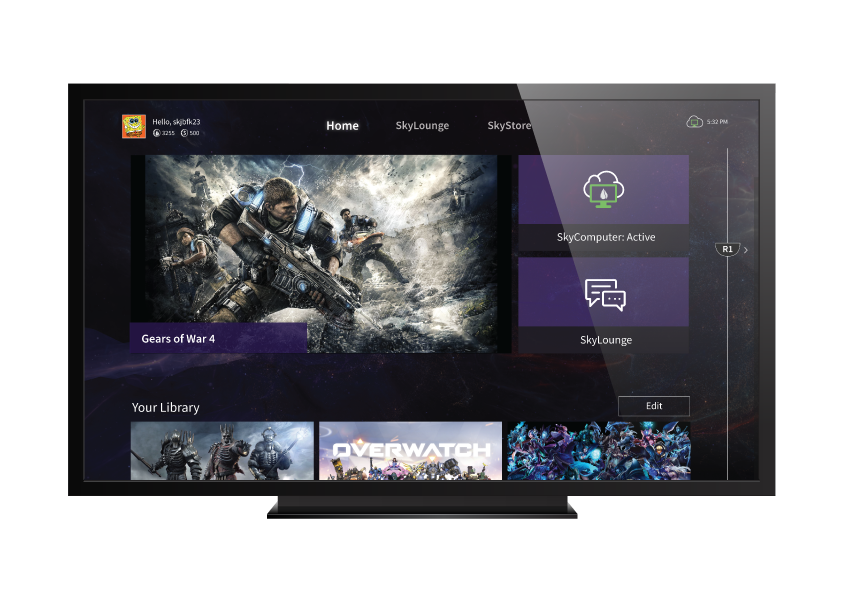 While I have my concerns about the viability of the platform when it comes to ads, I feel like this is a step in the right direction for PC gaming as an industry: people not being restrained by the limitations of their own hardware strikes me as a good thing. It also seems that LiquidSky has learned from OnLive’s mistakes- by allowing users to bring their own games to the platform, and by having them pay for their time instead of having them pay for games through the platform, users are more apt to come on board. Think about it- would you want to buy a game on a cloud platform, a game that’s only ever streamed to your PC? When OnLive went down, the games went away with the platform. Hence, if you purchased games through OnLive, there was no way to download them or have them transferred to other platforms- they were gone. With LiquidSky, however, you bring your own games to the platform. If something happens to Steam- well, that’s a concern for another day- but being able to play things you already own through LiquidSky definitely takes some paranoia out of gaming through a cloud platform. Speaking as a fan of Android-based TV boxes (such as the Remix Mini, which I own and can recommend), I realize that this could also enable a lot more people to dip their toes into the waters of PC gaming. You can get started with PC gaming for under $100 with a low-cost Android device and a Bluetooth controller– coupled with the proliferation of Steam sales, Humble Bundles and other deep discounts on PC games, this is far cheaper (in the short run, anyway) than dropping a few hundred for a low-end gaming PC (assuming you don’t mind gaming for three hours per day). In the long run, however, the service seems a bit less worthwhile for folks willing to pay the subscription fee- particularly for the unlimited plan. You could pay $40 a month for a year, or you could save that money and build a perfectly capable gaming PC. What do you think about LiquidSky- does it seem that their business model is more sustainable than that of OnLive? Do you have concerns about advertising fatigue? Are you a broke kid excited beyond reason for the service’s free tier? Sound off below and be sure to follow us on Twitter @1RuleBeCool. If you’d like to sign up for the service, you can register for the beta here.]]>