Breaking Down the Labels For the uninitiated, it’s common knowledge in the gaming world that people have their preferences when it comes to which platform they prefer to do their gaming on. Stereotypically, people with a fondness for family-friendly games and the franchises of their childhood will do their gaming on Nintendo platforms and decry the supposed lack of originality and charm that seemingly plague games on other platforms, while turning a blind eye to the fact that Nintendo always releases a new Mario game, and that it’s always a platformer with the same basic gameplay with a fresh gimmick, like making you build levels yourself because Miyamoto’s too busy with his real favorite franchise, Pikmin. These people get called “Nintendrones”. Meanwhile, Sony-Ponies and Xbox Fanboys are basically a Cerberus missing a head, fighting one another over which platform is the best. It’s not uncommon to see heated arguments over which console has the best exclusive games, over which of the two companies- Sony and Microsoft- is morally superior, what owning either console means in the grand scheme of one’s life- it’s all a trading of meaningless blows in the shadowy underworld of consumerism. Finally, the PC Master Race, or #PCMasterRace as it’s known in some places, has members that view the term PC Master Race as an insult, a point of pride, a joke and a growing community. It’s the Yankee Doodle of gaming identities, and a lot of folks have varying feelings on it. Unlike the aforementioned names- Ponies and Drones, which seem to imply that the people who own certain pieces of hardware are owned by them, PC Master Race implies superiority, which is a large part of why it went from a mockery of elitist attitudes around PC gaming to an embracing of them. This behavior, popularly known as “fanboyism”, “fangirlism”, or the more gender neutral “fanpersonism” is nothing new. For so long as there have been things to consume, there have been people obsessing over them, and people fighting over which things are the best. People have long debated the merits of media and devices, and that’s great. I’m a video game critic- I talk about the merits of games as an art form and I’m more than happy to hear differing viewpoints. Trouble in the form of fanpersonism generally emerges when viewpoints and preferences become integral parts of a person’s identity, and when these people perceive these aspects of their identity as being under attack. To be fair, we’re speaking in generalities here- I’m certain that most gamers don’t have strong feelings towards people who game on platforms other than theirs- but at the same time, that’s not to say that a person’s purchases don’t play a part in their personal identities- and that’s not to say that these arguments don’t happen and this bizarre animosity doesn’t exist. The Psychology It’s one thing to prefer one piece of equipment over another, but entirely another to make assumptions about a person’s intelligence and moral character based on which they chose to purchase. So, why do people get so riled up over what $400 machine somebody else bought? In the field of cognitive science, there’s a term that perfectly encapsulates the issue: Choice-Supportive Bias. Choice-supportive bias is the idea that a person becomes biased in favor of a thing after choosing it, minimizing in their minds the problems with their choice and imagining that their decisions were somehow better than they were. Generally, choice-supportive bias tends to rear its head when people are dealing with the consequences, good or bad, of a major decision. Video game consoles and gaming PCs are expensive- purchasing one could be thought of as a major decision. Still, people make other major purchases all the time. I can’t remember the last time I watched homeowners fighting over the moral character of the raised ranch- so what makes the world of video games different? Two factors: Community and Identity. The two go hand in hand here- by their very nature, video games create communities. Just like movies and books, they’re media that a person can consume and experience and appreciate. It is in experience that identity is built- the things we experience build our character. Think back on your childhood, and the books you’ve read, the places you’ve been and the people you’ve known- all these things have built your character, your identity. It stands to reason that when people share aspects of identity, they’ll form communities. You can hardly miss the communities around video games these days. You can see them on the Internet, where they’re at their most obvious, during such massive video game gatherings as PAX East when they’re most prominent, and at their worst when fanpersonism or fanboyism or whatever you want to call it leads to flame wars online. [caption id="attachment_131" align="alignnone" width="588"] 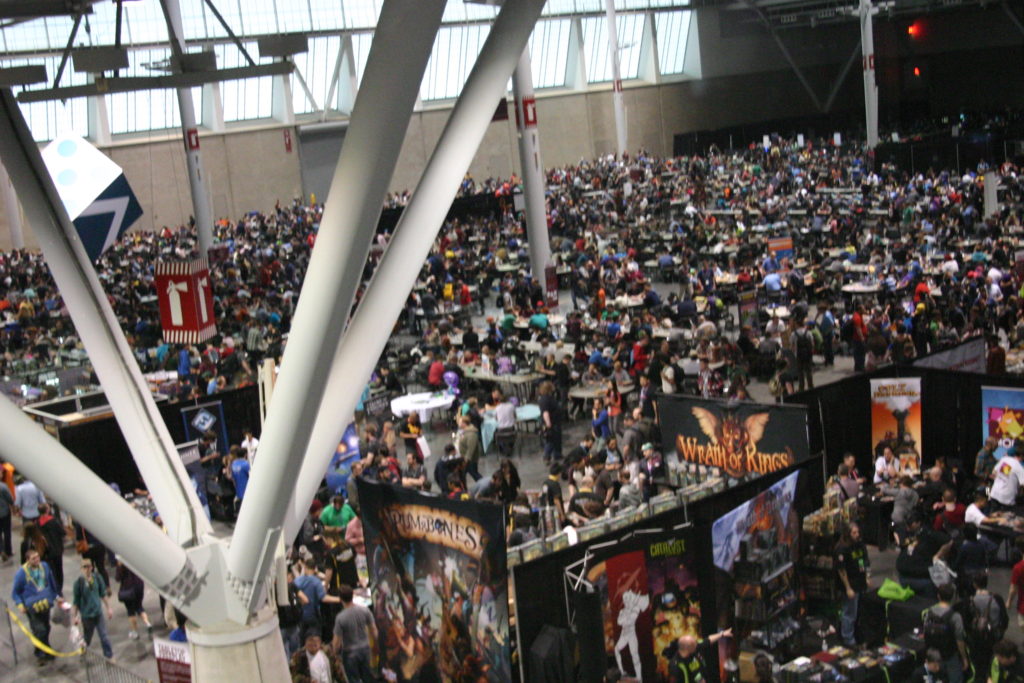 Shows like PAX East draw huge numbers of gamers- a tremendous display of the video game community.[/caption] That said, it’s not always big or obvious, and it’s not always bad. Video game communities are responsible for giving to charities, fostering and inspiring art of all sorts, from paintings to music to new video games entirely. The question still stands, however: what role does community play in fanboyism? Well, communities create a sort of feedback loop into the notion of art feeding an identity. Think about it- you come to love a piece of art so much, it becomes a part of who you are- finding a group of people who love the art as much as you do creates an instant link between you and those people- you feel connected, and that connection nourishes your identity. Thanks to the memory distortion of choice-supportive bias, you become certain that you bought your game or console not because it was the choice that appealed to you personally the most, but because it was the right choice to make. You imagine that you made the choice because you were smart, because you’re an upstanding member of the community that you joined after you made the choice and maybe, because you’re in some way better than the people who’ve made the “other” choice. What happens when somebody says something against a thing that plays a part in your identity? You might perceive it as an attack against the thing you love or, worse, perceive it as an attack on your identity itself- hence fanboyism. The notion that one’s identity is under attack is upsetting enough on its own, but there’s still more at play here. What happens when choice-supportive bias gets involved? The decision that a person made to buy and enjoy a thing, be it a game or a console or what have you, this thing that’s given them a sense of identity and community, becomes better in their mind because it was a choice that made them right in a sense. When these factors all come together, it can lead to passionate arguments over silly things. Commercially Exploiting Identity If you’ve been into gaming for a while, you’ve almost inevitably heard about E3, or the Electronic Entertainment Expo- every year, game hardware manufacturers and game publishers show off upcoming games, consoles, and other things- it’s a huge marketing event. What you might not have noticed, however, is how they tend to harp on the notion of their games and devices as being integral parts of the identities of their consumers. If you haven’t noticed it before, you’ll certainly notice it now. 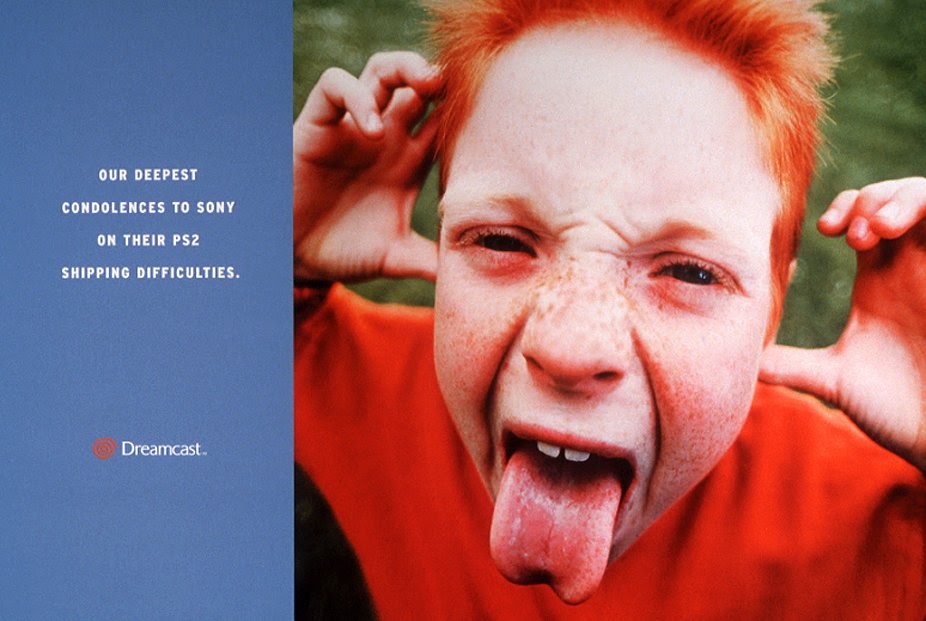 Exploiting a consumer’s sense of identity for commercial gain is nothing new- it’s the oldest trick in the book. If you ride a Harley, you’re a Real Biker, if you ride a John Deere mower, you’re a Real Homeowner, and if you take your children to Disney World, you’re a Happy Family. When it comes to selling games, however, it seems that the statements made on stage during press conferences become arguing points in the wars between fanboys, ideas to be endlessly scrutinized and fought over- it’s pathetic to watch. Should companies take on a measure of responsibility for the stupid fights they cause when they exploit fanboyism? Maybe, maybe not, I don’t feel like it’s really my place to legislate that. In more recent years, Sony and Microsoft, the two main competitors in the ongoing console wars, have taken up positions more akin to apathetic respect of one another rather, occasionally swapping compliments between executives, which is cute. But should they take responsibility for telling consumers- kids, especially- that these devices are supposed to become part of their identity? Why blame just the gaming industry? Just about everybody pushing a product does it- you want to be a Toys ‘R Us Kid? A Gerber Baby? A BMW-driving jerk? A Ray-Ban wearing poser? A Hot Topic Shopping Sellout? A Monsanto Environmental Monstrosity? The thing about advertising identity is that when video games get involved, it’s especially damaging because people are getting involved at a deeper level. What It All Means At first glance, it seems that the world of gaming is a predominantly hostile one thanks to armies of marauding fanboys fighting their pointless wars, and that the end result of gaming meeting identity is conflict. [caption id="attachment_35" align="alignnone" width="640"] 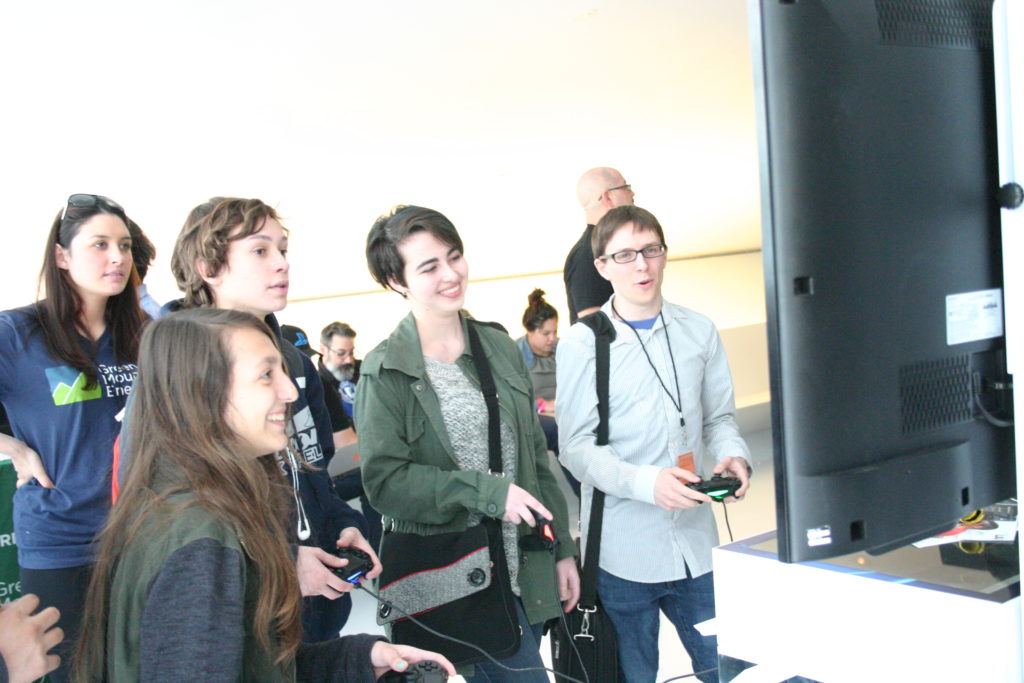 Video games can create shared experiences- and that’s beautiful.[/caption] While it’s true that unbridled fanboyism is a bad thing, video games and identity can be harnessed for good. Case in point? The PC Master Race. This community has certainly raised eyebrows for a number of reasons- their very name, “Master Race”, is controversial for obvious reasons- as a group, however, they’ve been among the most inclusive and respectful gaming communities. Take a look at one of their gathering places on Reddit– sure, there are plenty of people making fun of consoles as being inferior for gaming to PCs, but it’s extremely self aware. I’m not going to say that it’s a panacea- there still are bad apples within the PCMR community, but by and large my experiences with the community have been positive. While the PC Master Race community believes, quite strongly, that PCs are the best platform for gaming, they also believe that it’s best not to push people away from your platform through elitist behavior. This gaming community could serve as a model for others- or at the very least, offer lessons that other communities could learn from. [caption id="attachment_124" align="alignnone" width="640"] 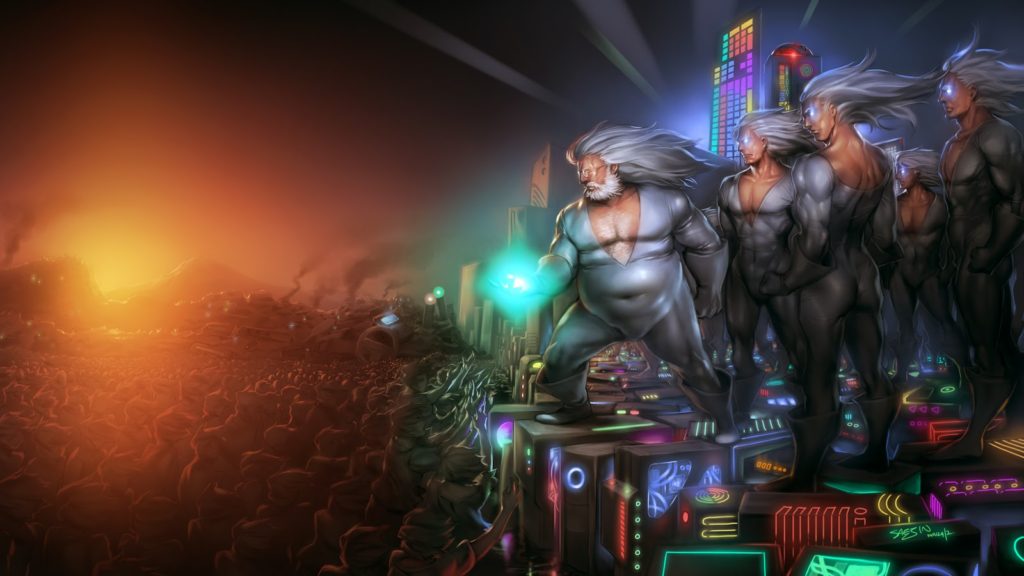 Source: http://saejinoh.blogspot.com/2012/11/master-race.html[/caption] For starters? There’s nothing wrong with thinking that your choice of game or platform is better than another- but be aware. Liking something that you think is better doesn’t actually make you a better or smarter person than somebody who likes something else. At the same time, there’s nothing wrong with embracing the things you love, or even in integrating them into your identity- but recognize that criticism of a thing you love is not an attack on you as a person, or an attack on the community that you’re a part of. What do you think? Can fanboyism be a force for good when it’s self aware? Sound off below or hit us up and follow @1RuleBeCool on Twitter for more cool stuff. Want to support more content like this? Check out our Patreon here!]]>

1 thought on “On Gaming and Identity: The Psychology of Feuding Fanboys”