more– we attended the show and took a ton of photos; here are our favorites. Expect to see footage, interviews, and first impressions in the days to come- we’ve got a lot of editing to do! Are you in any of these images, or did some weirdo take your picture and hand you a card mentioning this website? Shout it out in the comments below to mention who you are, or request that we e-mail you your pictures.

The ever-expressive Ichiro Lambe of Dejobaan, about to offer his feedback on game concept pitches at the panel “Wait, wait, that’s a bad idea”. In the corner: Francesca Carletto-Leon of Proletariat. 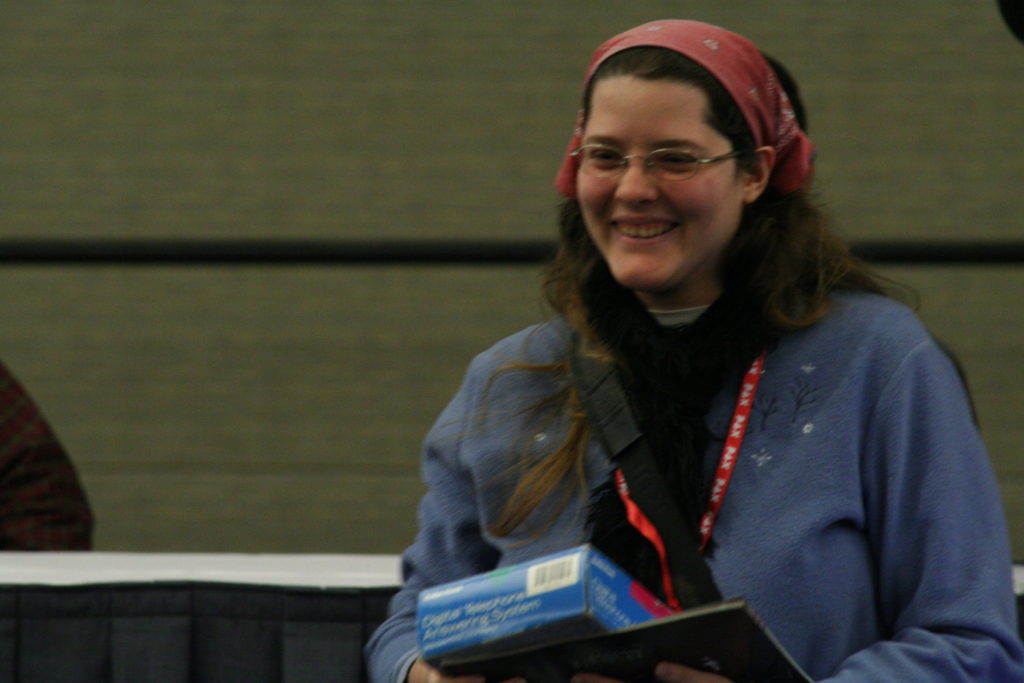 From the same panel, the winner of the best game pitch taking home her prize- a vintage answering machine.

A Zarya cosplayer on the show floor. [gallery ids="624,623,625"] Was this the biggest cosplay of PAX East? A life-sized Reinhardt made his way through the show, stopping every so often for some selfies.

This Reinhardt was… Significantly less impressive. His enthusiasm, however, more than made up for his lack of polish.

A fierce Bowser cosplayer- Samantha Finn. [gallery ids="628,629,630,631,632,633,634,635,636"] At the Kickstarter Games Castle, a wide assortment of games that were- you guessed it- funded via Kickstarter were on display; the if you didn’t pop in, you definitely missed out on the wonderful and weird games and their creators, who offered demonstrations.

These Astroneer cosplayers really blew my mind- apparently they’re both engineers, and designed the suits with working electronic bits- I captured some awesome footage of them, expect to see it soon.

A grin from Holly Longdale at the panel “Getting Into the Game Industry: Create Your Character”

Looking out at the PC gamers from high above.

Those PC gamers were really numerous; they played on Lenovo Legion PCs, which provided a great many for the event. Clever promotion, and aesthetically impressive. Note the angry, glowing “Y” emblazoned on each unit- you’ll be asking yourself “Y” you went with Lenovo when the time comes to deal with customer support. Trust me on that one.

A pair of League of Legends cosplayers- that’s Teemo on the right, but who’s the character on the left? Seriously folks, this is an earnest question- the author of this article is a DotA player.

At the end of a long day at PAX, the pro Overwatch players of Team Splyce group up for a photo. 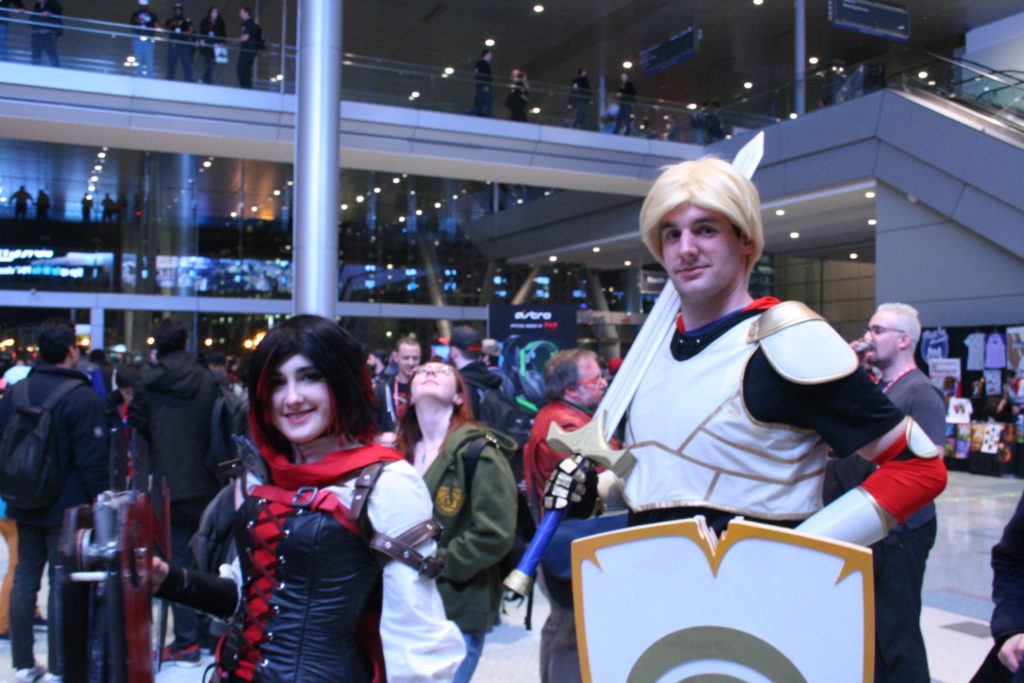 A pair of RWBY cosplayers.

A scary (and impressive!) cosplay of Kha’Zix, from League of Legends by Danii California.

A Mei cosplay! [gallery ids="647,648,649,650,651,652,653"] After PAX East on Friday, MassDiGI held a game showcase of their own- Made in MA- with a focus on games made by students in Massachusetts. I had the pleasure of attending and got to see some rather promising games- and students.

A hunter, who I insisted on referring to as a pirate. 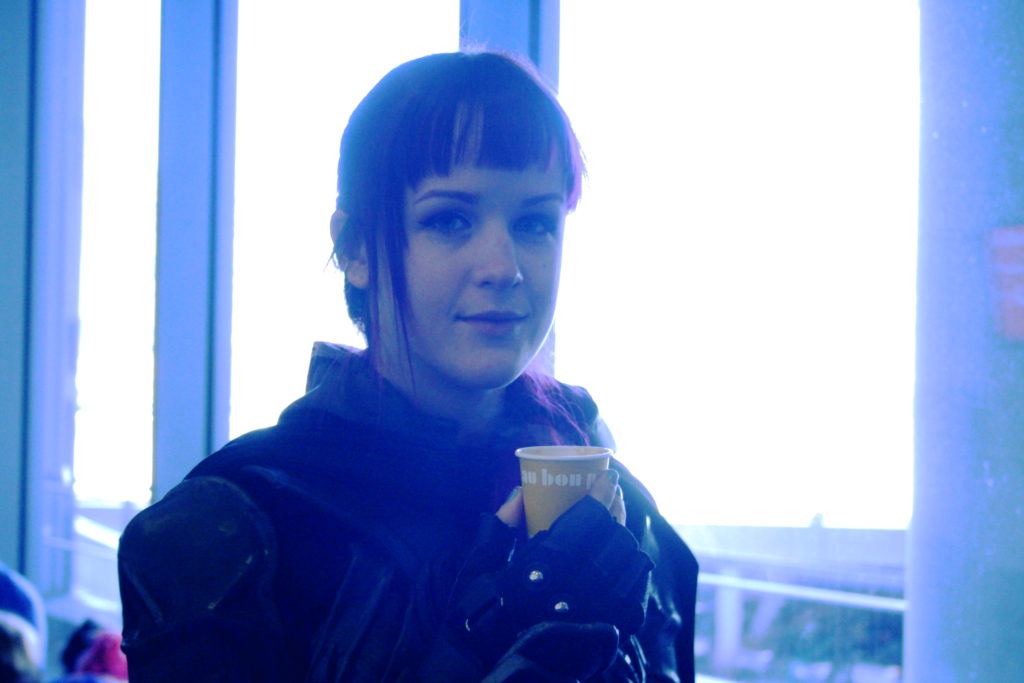 Portal cosplay wasn’t massively popular at the show, but it still had a presence.

Well, you should’ve picked a healer.

Rand Miller, developer of Myst, Riven and most recently, Obduction, which is now available in VR.

Joakim Sandberg, developer of Noitu Love and the upcoming Iconoclasts. 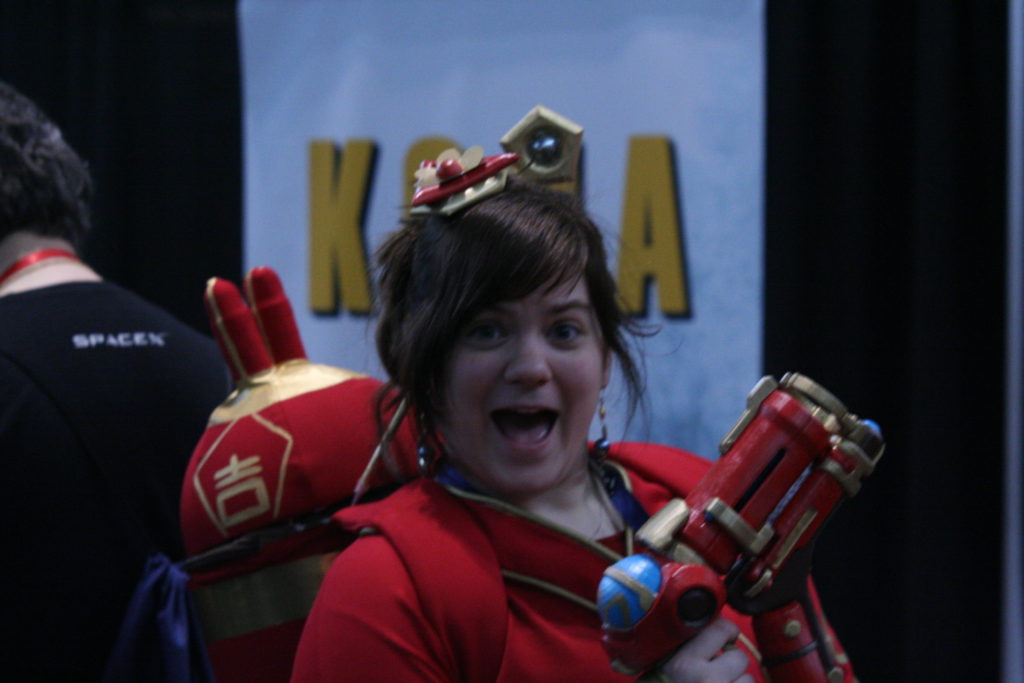 Mei was quite popular.

The photo came out a little blurry, regrettably, but that’s because I was too overjoyed at finding Pikmin cosplayers to focus properly.

Buzz Lightyear, who started freaking out when we told him that he’s a toy.

Mount Ida College had a spinning wheel full of prizes- also, you can go there if you’re looking to get into game development.

Ten points to whoever can identify this cosplay. [gallery ids="665,666,667"] Yet again, more unidentified cosplay. I feel bad about this one, because the cosplayer told me just what it was- I’ve forgotten. Blame it on the sleep deprivation. Fun fact: a random heckler a few feet away managed to get her to break character and start smiling!

Cosplay trouble? Not on this guy’s watch. Not all heroes wear capes- sometimes they wear the armor of cartoon raccoons.

An incredible 2B cosplay by Vivid Vision; she looks as though she just walked out of Nier Automata.

Kiki and Kiki- came out a little blurry, but it was nice seeing a pair of Kiki’s Delivery Service cosplayers discover each other.

The Plague Knight from Shovel Knight.

Damien Sarrazin, of Homerun PR- this fellow helped me set up interviews with some pretty cool devs. If you’re looking for PR, you may want to check these guys out. [gallery ids="676,677,678,679,680,681"] Virtual reality was quite popular at the show. 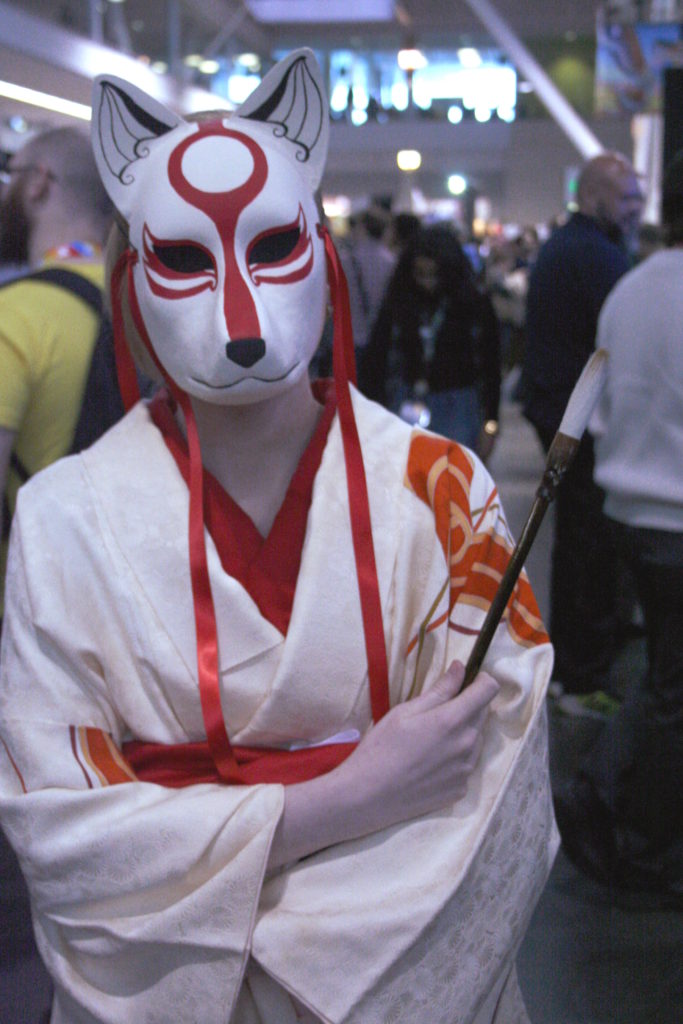 An Okami cosplay! You don’t see those every day.

Blue Drop Games had the best guerrilla marketing campaign at PAX East 2017, hands down. They couldn’t get into the Indie Megabooth, so they brought their game around the hard way. There’s actually somebody behind that arcade cabinet, walking around the show floor- the other two devs from the studio made sure he didn’t run into anybody.

Goodnight, Boston Convention and Exhibition Center. Be sure to follow @1RuleBeCool on Twitter for more of our PAX East coverage; we’ll keep posting pictures on our Instagram as well- you can follow me for my own views.]]>