<![CDATA[If you know me, you may know that I'm a big fan of <em>FTL: Faster Than Light, in spite of the (shameful) fact that I’ve not yet beaten it, after having played for the last few years. Perhaps it’s because I’m too proud to search for a strategy online to win the game? Perhaps. https://youtu.be/qRmkpNGWQ8Y Recently, I got my hands on Halcyon 6: Starbase Commander, a space strategy/RPG that, in some ways, resembles FTL– it’s drawn plenty of comparisons to that game, though it sets itself apart in several ways- sometimes for better, sometimes for worse. I’ve spent the last couple days playing it; here are my first thoughts. 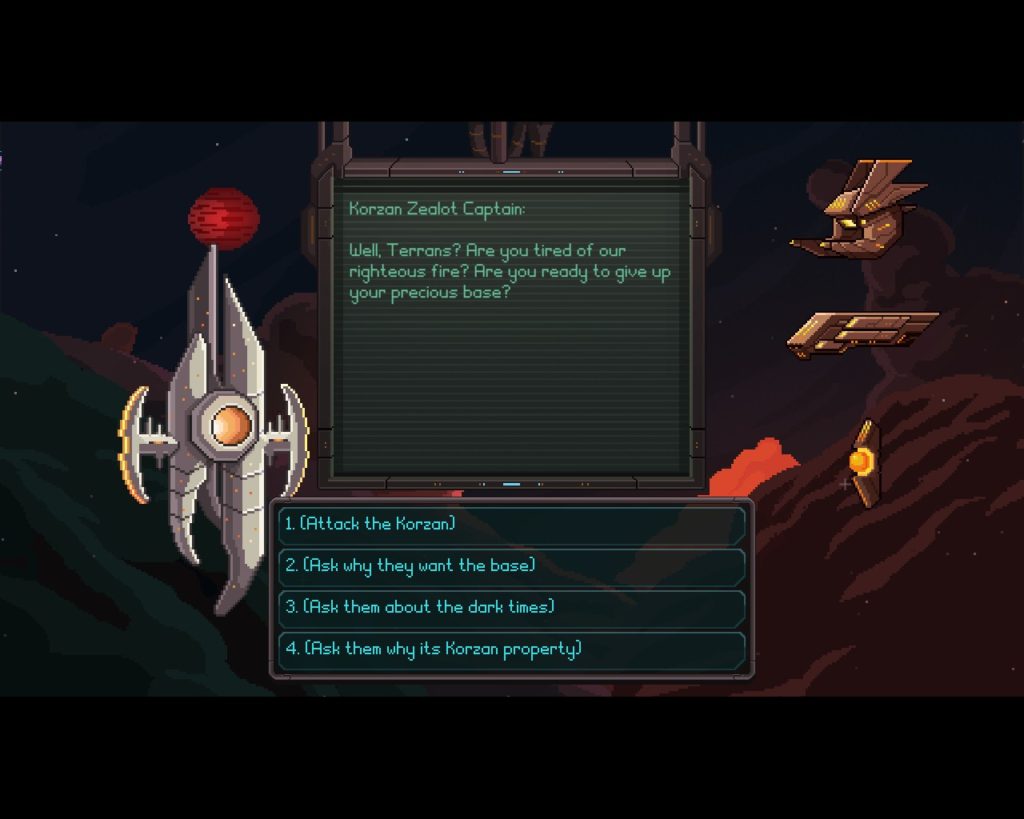 To explain the game: you’ve been put in charge of a space station- the titular Halcyon 6, a relic from a bygone alien race. Its origins are a mystery that humanity has been studying- you’re thrust into command of the station when mankind is attacked by a mysterious new race of spacefaring aliens known as the Chruul. Your superiors seemingly destroyed, it’s up to you to take the lead on the station by researching new ships, sending out missions to fight the Chruul and other threats, and by collecting and carefully managing resources. 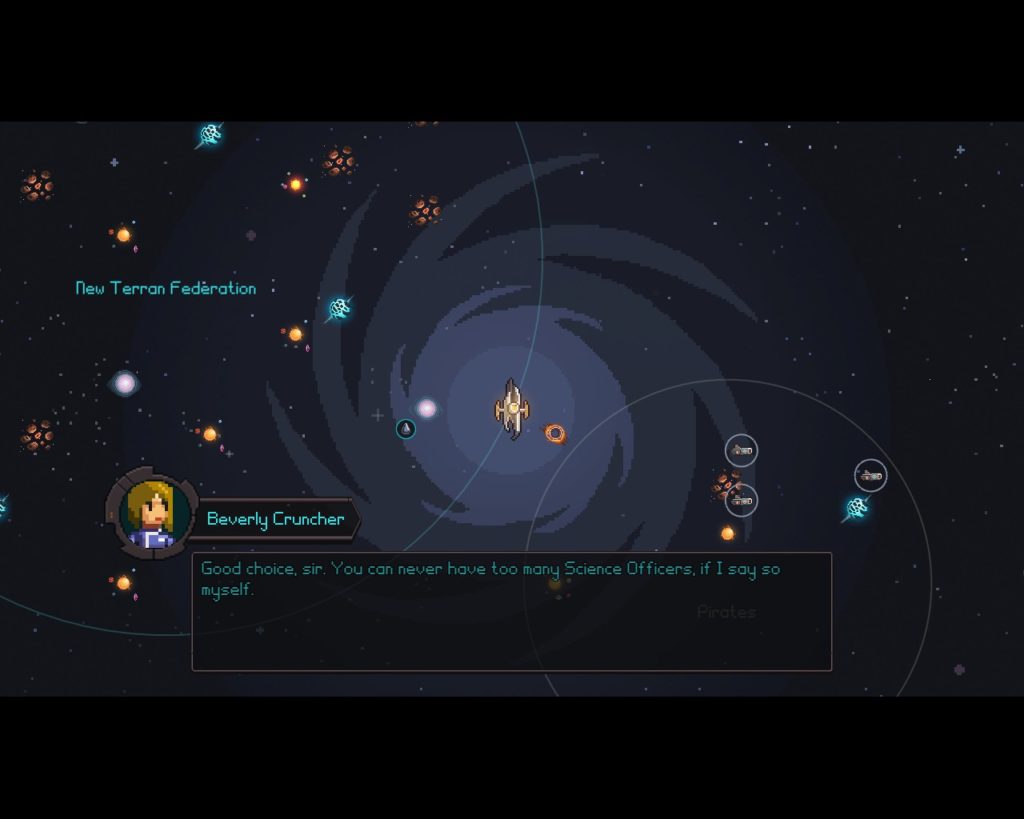 To describe the gameplay itself, it has multiple layers of strategy, each with their own unique gameplay. For instance, the Halcyon 6 isn’t completely explored. It’s a huge space station full of ruined rooms- you can assign officers to explore rooms and clear them out in order to build facilities for research and shipbuilding, rather like in XCOM (or Fallout Shelter, if that’s more your jam)- but there’s the chance that they’ll find hostile alien creatures living in the ship, which may have been some sort of interstellar zoo at some point in the past. If they do find these creatures, you can choose to ignore them (with potentially bad consequences) or choose to fight them- should you choose the latter option, your officer will be accompanied by a couple of crew members to fight the creatures in turn-based RPG combat Final Fantasy style. Your party has attacks, and these attacks have effects, such as causing panic or vulnerability in enemies. The strategic element of combat lies in stringing together attacks in order to weaken and shut down enemies in between their attacks. 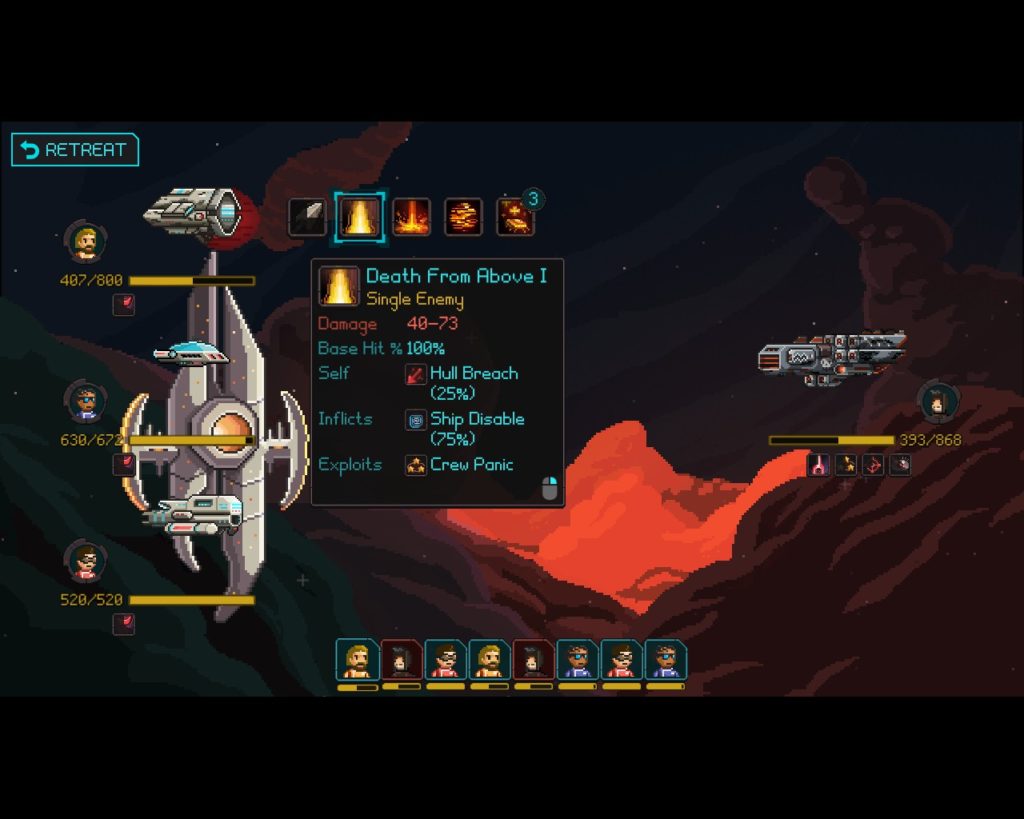 Sending out ships to fight enemies and gather resources is somewhat similar; your officers each have a different set of attacks (tied to their class) that they use in ship to ship combat. Much like when fighting creatures in the ship, the goal is to tie together attack effects to shut down enemies. Overall, I’m fond of the game’s main elements- there’s a good gameplay loop that’s easy to get into, though I do wish it was easier to get out of. There’s always a lot to be doing- whether it’s sending ships around, engaging in battle, repairing ships or training new officers, the game lacks a good dropping-out point, meaning that if you pause and save the game, when you return you may find yourself a bit disoriented- moreso than in other strategy games, such as Civilization V or FTL. 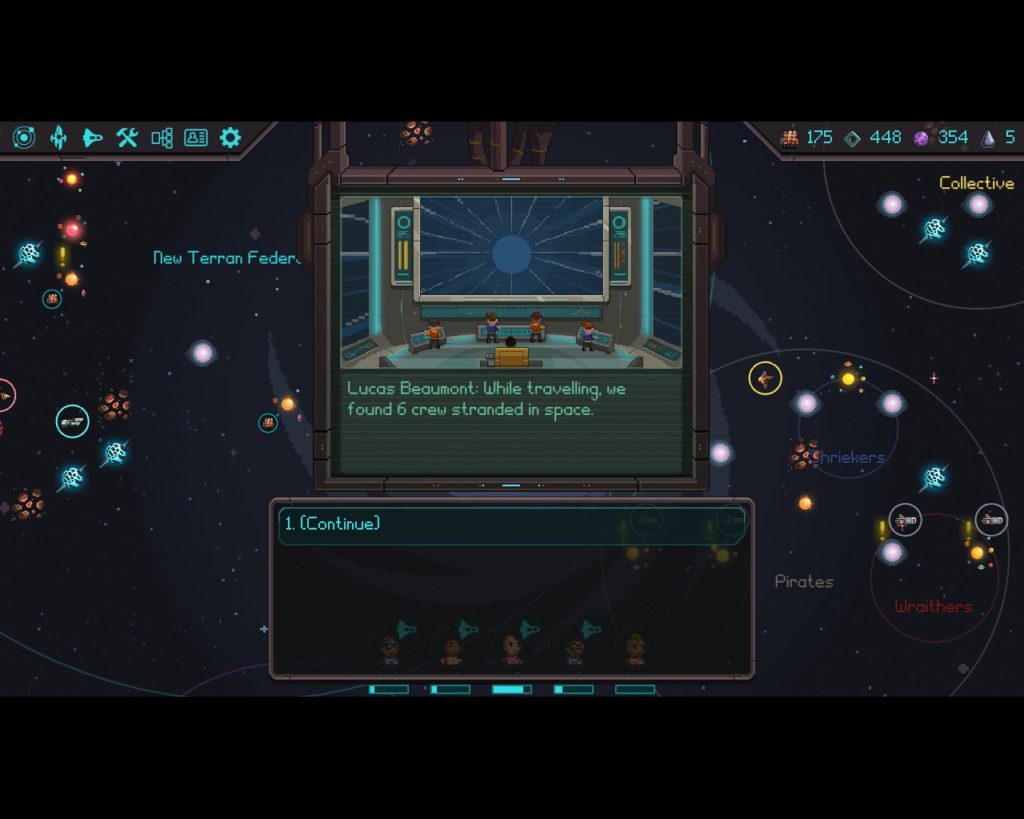 My other issue with the game (when compared to FTL) is that random events don’t feel momentous or significant. For instance, a crew member might fall into your dark matter, costing you an insignificant amount of the stuff while nothing bad happens to the crew member. These random events seem more like minor nuisances, not because of whatever losses occur, but because they seem so small and irrelevant in the grand scheme of things. They don’t raise the stakes. 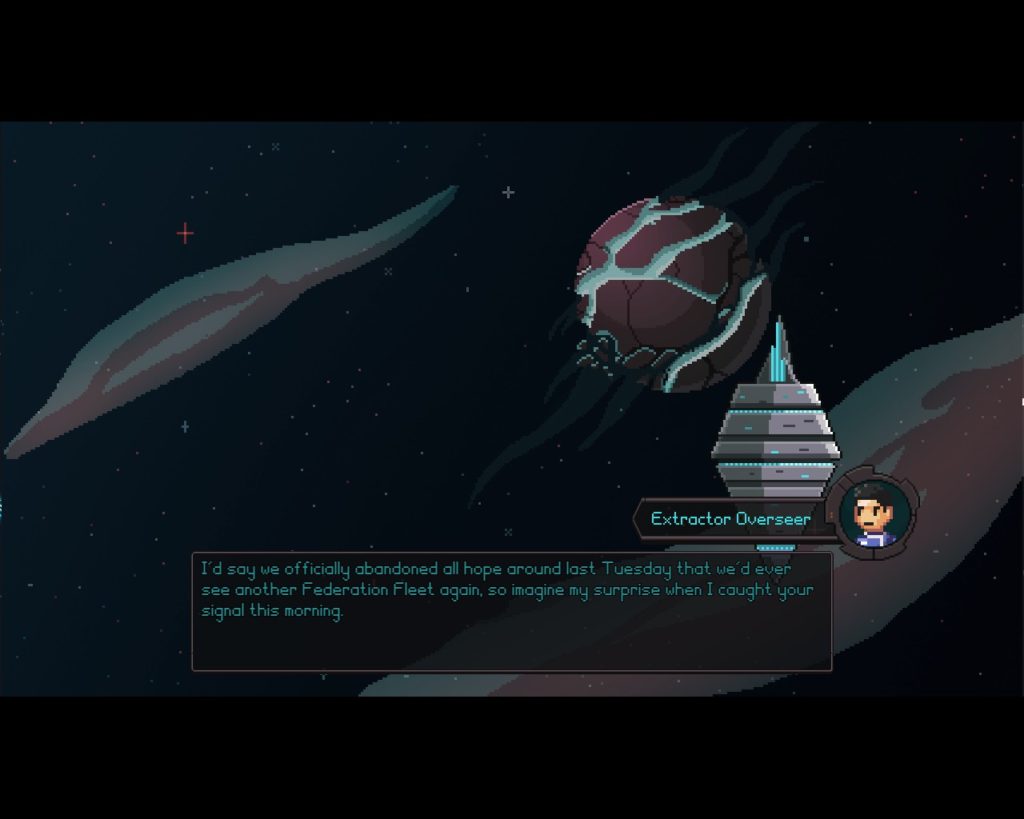 The game’s sense of humor and storytelling, I must say, is quite good thus far. Every so often you’ll be in communication with one of the various alien species from around the universe, their ambassadors ranging in personality from glib and silly to bellicose to the point of absurdity. Even though you’re fighting for the future of humanity, the game’s tone is surprisingly amusing. 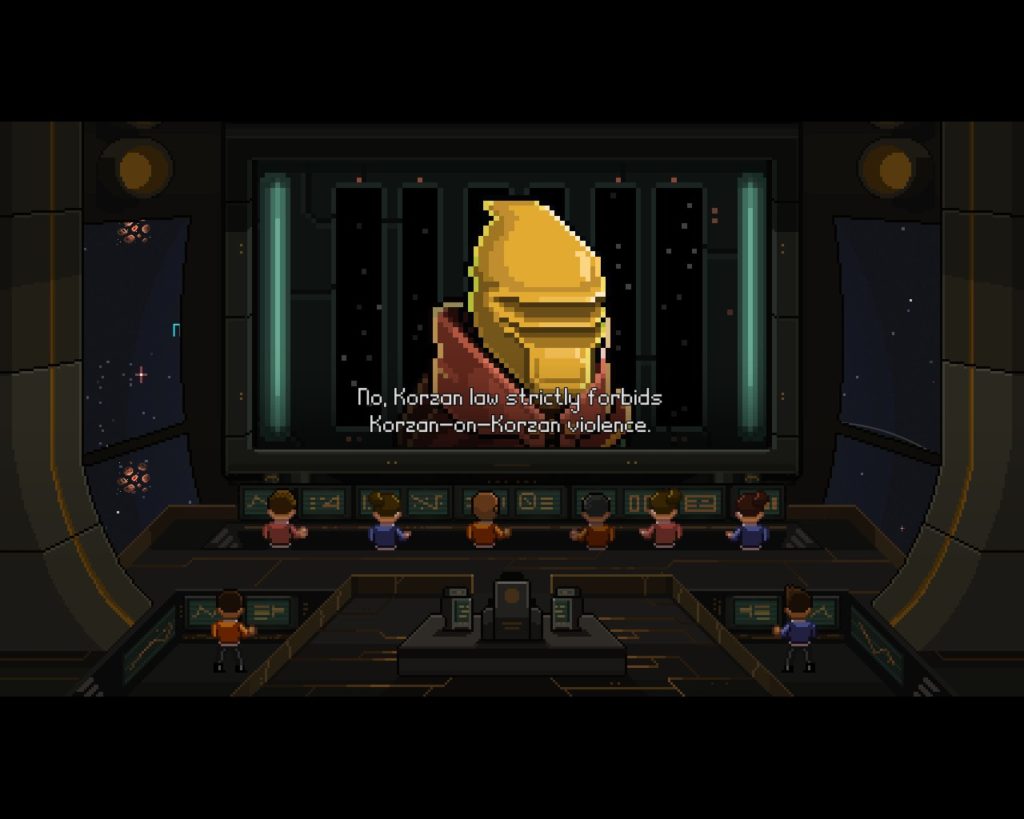 Thus far, I’m really enjoying Halcyon 6 and can recommend checking the game out if you’re looking for a good space strategy title with a nice sense of humor and addicting gameplay. Just be warned, while it’s easy to get into, it can be tricky to get out of.]]>