<![CDATA[This week in gaming, PAX Unplugged has been announced, the PC gaming market is reaching new highs, Marvel's teaming up with Square Enix, Microsoft announced Game Mode for Windows 10 and this is a special episode on crowdfunding- we've got a bunch of promising looking prospects for your viewing pleasure- all this and more on this week's episode of <em>1RBC Gaming Weekly! https://youtu.be/aA4Tw_okVLg Regarding PAX Unplugged, the new show is set to take place November 17-19 at the Pennsylvania Convention Center in Philadelphia; as you may guess by its name, PAX Unplugged has a focus on tabletop games instead of video games; while the various versions of PAX have all been home to tabletop games, it’s nice to see there’s now a show focused primarily on them.

If you’re curious about Windows 10’s upcoming Game Mode, what you should know is that it’s set to see a broad release in the spring with the Creator’s Update, and it brings small performance enhancements to games- essentially, you’ll see more consistent framerates across games thanks to Windows prioritizing their access to system resources- your CPU and GPU. This probably isn’t a big deal for folks with high-end PCs, but on mid to low-end rigs? This is huge. On the topic of PC gaming, the market hit an all-time high in 2016 according to Jon Peddie Research– worldwide, the market for PC hardware passed $30 billion last year and is on track to continue climbing. 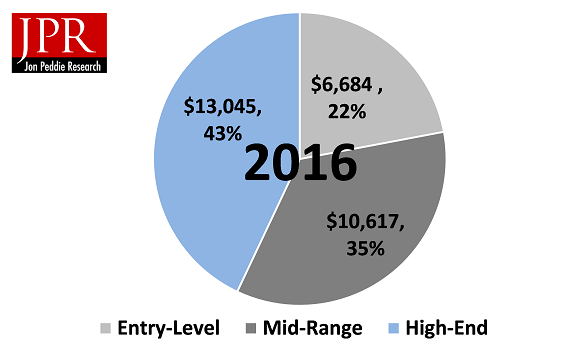 This week, we took some time to focus on crowdfunding- it’s really taken off in the last few years and, for better or worse, become an integral part of the development process for a number of games. It’s something I talk a bit about in Playing the Press; essentially, these days many games have two “launches”- there’s the launch of the game itself, as a finished product, but before then? There’s the launch of a Kickstarter or other crowdfunding project, which can be just as much work to promote as a finished game! We talked about a few different crowdfunding projects, which are detailed below. Enjoy! 1. The Banner Saga 3 Developer: Stoic Projected Release: December 2018 Platforms: Windows, Mac A game series I’ve spoken of many times before, The Banner Saga hardly needs introduction, but in case this is your first time hearing of it, you should know that it’s a brilliant SRPG set in a world inspired by Norse mythology; it features some of the best writing I’ve encountered in a game, and has some gorgeous art and music to boot. If you’re into story-driven games, you absolutely must check out The Banner Saga as a series- if you back the third game for $40, you’ll get the first two games in the series at the end of the campaign, and the third as soon as it’s launched. 2. The Pedestrian Developer: Skookum-Arts Projected Release: June 2017 Platforms: Windows, Mac The Pedestrian is definitely one of the more unusual puzzle platformers I’ve seen- I can’t remember the last time a game about that little guy on the bathroom signs looked like fun, but here we are. Speaking seriously, however, it’s a game about moving from sign to sign, rearranging things in order to progress and solve puzzles in between a 2D and 3D space- it looks clever, and I adore the aesthetic- check this one out if you’re looking for something different out of a puzzle platformer. If you’d like to try the game out, there’s a demo available to download from the game’s Kickstarter page. 3. Robo Puzzle Smash Developer: PxlPlz Projected Release: April 2017 Platforms: Mac, Windows, Linux, PS4, Nintendo Switch Robo Puzzle Smash is about robots who smash each other with puzzles. Well, sort of- it’s a game that draws inspiration from Dr. Mario and multiplayer Tetris; it’s a block matching game with a rotating board. In order to win, you have to match and eliminate blocks faster than your opponent, who’s going to be doing the same thing- it’s a simple premise, and from what I’ve heard, it’s well executed in Robo Puzzle Smash. 4. Pillars of Eternity II: Deadfire Developer: Obsidian Entertainment Projected Release: Q1 2018 Platforms: Mac, Windows, Linux https://www.youtube.com/watch?v=ln_plWALAoI Frankly, I’m not familiar with CRPG series Pillars of Eternity, but I do know that the first game in the series was one of the biggest crowdfunding success stories of all time- and it seems that the sequel is on track to do the same thing. In a day, they blew past their $1.1 million goal, and they’re still going strong. This project isn’t being crowdfunded on Kickstarter, but on Fig- the new kid on the block, Fig is a crowdfunding platform that allows users to invest in a project instead of just making a monetary pledge. Hence, if Pillars of Eternity II makes money, people who invested will see a profit. 5. Southern Monsters Developer: Kevin Snow Projected Release: October 2017 Platforms: Mac, Windows It’s not every day that Arkansas is the setting for a video game- that’s the case for the upcoming Southern Monsters, which tells the story of a teen who spends his days online, patrolling cryptid forums to talk about creatures that may or may not exist. The premise for Southern Monsters is pretty unusual (in a good way)- this is the sort of game that’s going to need strong writing and presentation if it’s to become a success. Personally, I’m looking forward to seeing how it turns out! What do you think of these crowdfunding projects? Any of them catch your eye? Have you ever crowdfunded a game before, or is this your first rodeo? Sound off below or hit us up and follow @1RuleBeCool on Twitter for all the greatest game news and editorials.]]>