<![CDATA[I'm going to come right out and say it: I'm a huge fan of <em>The Banner Saga. In case you’re unfamiliar with it, what you should know is that The Banner Saga is a series of strategy RPGs set in a world inspired by Norse mythology; the first game in the series was a tremendous success on Kickstarter, tremendously surpassing the expectations of the developers. Initially, the game was going to be a brief, beautiful experience but thanks to the support of fans, grew into a trilogy, a multiplayer online spinoff game, a board game, and a novella. The Kickstarter for the third and final game in the trilogy is now live, and it deserves your attention. These games are best known for their fantastic worldbuilding, characters and tremendous use of choice in narrative, which you can read more about here. In addition to fantastic writing, however, The Banner Saga series is also famed for its fantastic aesthetic, which includes gorgeous rotoscoped animation (the legacy of Prince of Persia lives on!) as well as a legendary score by Austin Wintory, of Journey fame, whose music in The Banner Saga isn’t just pretty- it’s built around the game’s lore and aims to reproduce authentic Viking sounds. I say “attempts” because the Norse weren’t particularly fond of sheet music, but they did leave behind instruments, which Wintory integrated into his score. Regarding the third game, there’s not a lot of detail regarding the story and what to expect- only that the characters in the game will finally face the encroaching darkness that’s been engulfing the world- what I’m most looking forward to is the culmination of all my choices. In The Banner Saga 2, I saw the consequences of some decisions I made in the first game (progress can be transferred between games) and I also saw some of my other decisions hinted at- one of which involving a certain baby that I won’t say much more about for fear of spoiling the game, in case you haven’t yet played.

The reason for the Kickstarter is pretty interesting- Stoic, the studio behind The Banner Saga, isn’t totally strapped for cash- what they are looking for, however, is better recognition: in an interview with GamesIndustry.biz, Stoic founder John Watson talked about how the second game didn’t do quite as well as the first, in part due to the fact that a significant portion of the attention the first game received was due to its massive success on Kickstarter. With the second game, however, plenty of players had no idea that it was even released. I suspect that this game’s use of a Kickstarter not just for the sake of funding, but for marketing and community involvement will definitely net some new fans and recapture the old, but I also suspect that the impact won’t be quite as big as it would’ve been five years ago, when crowdfunding games was novel and exciting, rather than a standard part of the development cycle. I am curious as to if this will help establish a precedent for other developers- I’ve written about marketing a crowdfunding campaign in my guide to reaching the gaming press, and the short of it is that running a Kickstarter or other such campaign is a lot like launching a game in that it can drum up a lot of attention- but it’s also a lot of work, since you have to market it quite heavily. For community building, as it seems Stoic is aiming for, it looks like a winning move. 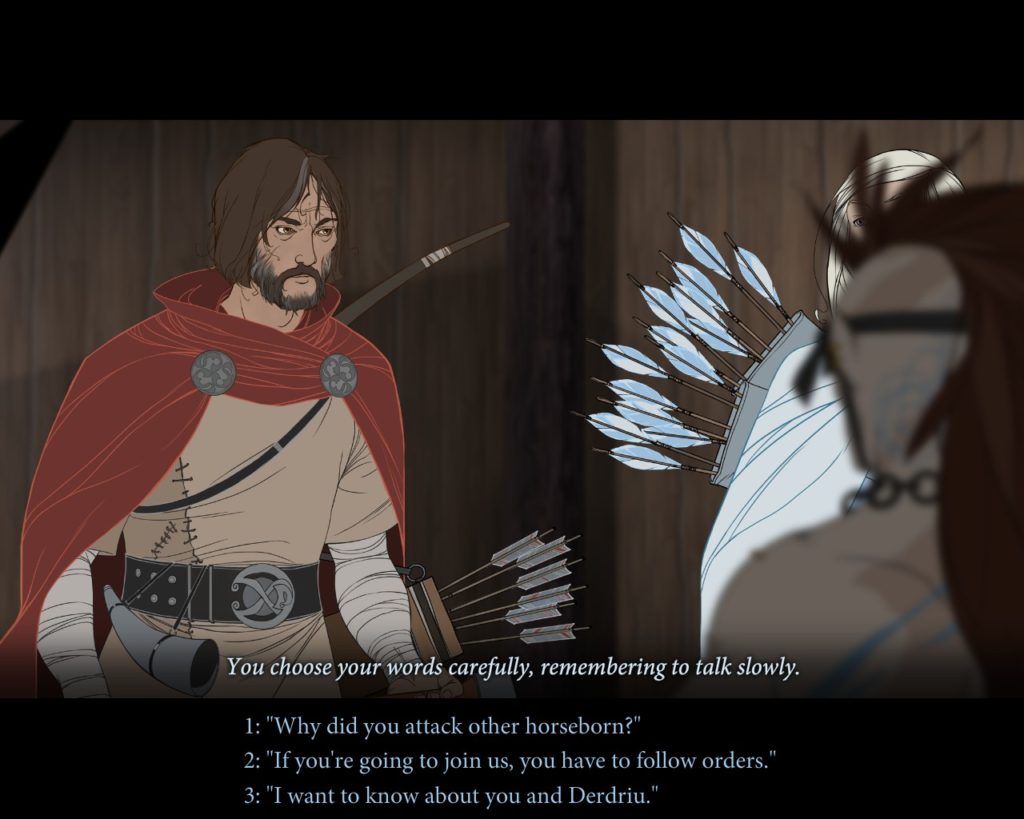 The Banner Saga 3 is set to be released December 2018 for Mac and Windows; you can back it on Kickstarter here. If you haven’t played the games yet (but you’d like to) you can add $20 to any tier of pledge on the Kickstarter and receive the first two games at quite a discount. If you’d just like an idea of the gameplay and aesthetic, you can try The Banner Saga Factions on Steam for free- unfortunately, it’s a little bit dead these days, but it should give you an idea of how the strategic element of the game functions. If you’re a fan of games like XCOM and Fire Emblem, you absolutely must check out The Banner Saga. Are you excited for this game? Did you back the Kickstarter for the first? Do you think that Kickstarter is a good way for this game to increase the size of its audience? We’ll be sharing your thoughts on our next episode of 1RBC Gaming Weekly, so be sure to sound off below or hit us up and follow @1RuleBeCool on Twitter.]]>