<![CDATA[On Thursday January 12, <a href="http://1rulebecool.com/gaming/how-and-where-to-watch-the-nintendo-switch-presentation/">Nintendo held a press conference for their upcoming console, the Switch- they unveiled some major details regarding pricing, online services, and a release date. Here are the key facts: 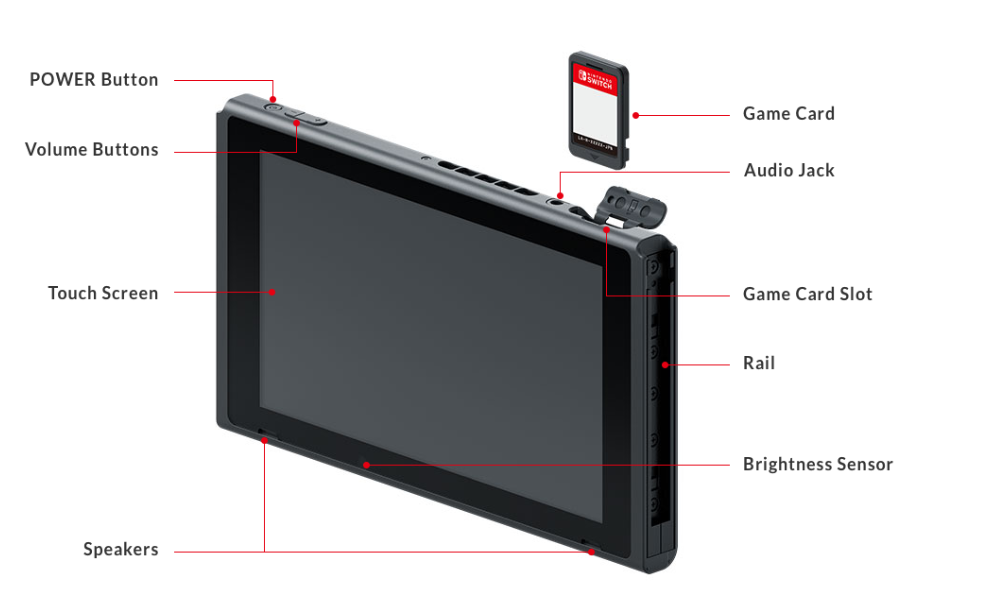 Games on the Switch, as confirmed earlier, will be stored on cartridges (not optical discs) and can be played either on a television with the tablet controller plugged into its dock or on the go, with the tablet away from the base and the included controllers either attached to a Joy-Con grip or on the sides of the controller itself. If the Joy-Cons aren’t to your liking, you can also pick up a Switch Pro controller, which is a bit more like an Xbox controller. [caption id="attachment_386" align="aligncenter" width="640"] 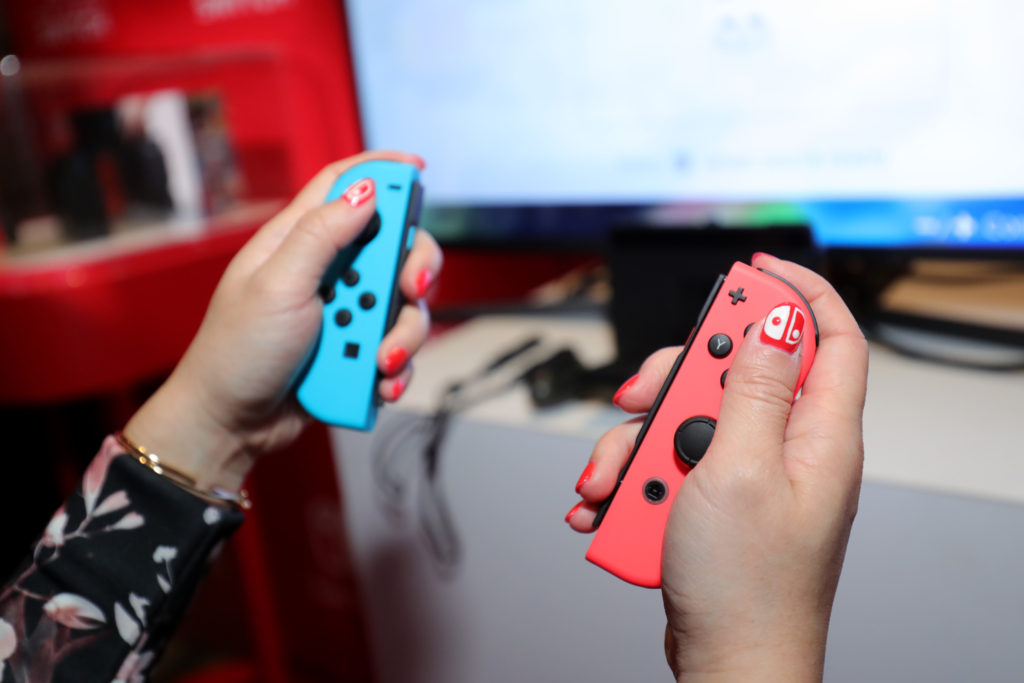 NEW YORK, NY – JANUARY 13: Nintendo of America, A guest enjoys playing Mario Kart 8 Deluxe on the groundbreaking new Nintendo Switch at a special preview event in New York on Jan. 13, 2017. Launching in March 3, 2017, Nintendo Switch combines the power of a home console with the mobility of a handheld. It’s a new era in gaming that delivers entirely new ways to play wherever and whenever people want. (Photo by Neilson Barnard/Getty Images for Nintendo of America)[/caption] The tiny handheld controllers- the Joy-Cons- can be detached for use like Wiimotes, or, as mentioned before, combined for a more traditional control configuration. Further, Nintendo revealed interesting information regarding the Joy-Cons and haptic feedback- they have what’s being called “Rumble HD”- with the right sort of vibrations, the controllers can mimic the feeling of certain objects. During their press conference, Nintendo used the sensation of ice cubs inside a glass as an example- you can shake the controller and it’ll feel as if there’s something inside it, which is pretty neat in itself. They also revealed that the Joy-Cons have IR cameras for motion detection and gesture recognition, which leads me to suspect that the Nintendo has VR plans for the Switch, but that’s just wild speculation on my part. It seems that while other manufacturers are abandoning local multiplayer, Nintendo is embracing it with the Switch; besides allowing players to game together, each taking a Joy-Con in hand, the Switch will also allow players to bring their systems together for LAN play- Nintendo says that up to eight Switch systems can play together at once- a step in the right direction. The Games 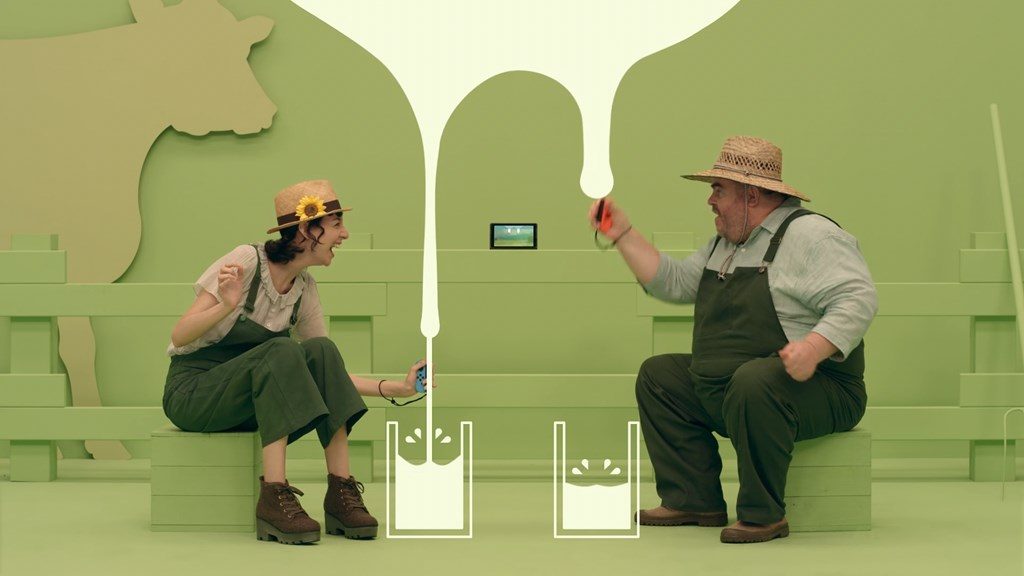 During the presentation, Nintendo showed off a lineup of games. One of the strangest is definitely 1-2 Switch, a video game collection which is, shall we say, light on the video aspect. It’s a collection of weird multiplayer minigames that are meant to be played as you stare into your opponent’s eyes. One of the more normal games shown off was a western-themed dueling game in which each player’s a cowboy in an old-fashioned standoff. One of the less normal games involves milking a cow. While it looks sort of absurd, I like the idea of games in which you aren’t looking at the screen- games that take advantage of audio and haptic feedback primarily seem really neat. 1-2-Switch is set to launch alongside the console on March 3- I’m not sure if it’s worth the $50 asking price, however- I think it should’ve been a pack-in game, seeing as it shows off the capabilities of the console well. 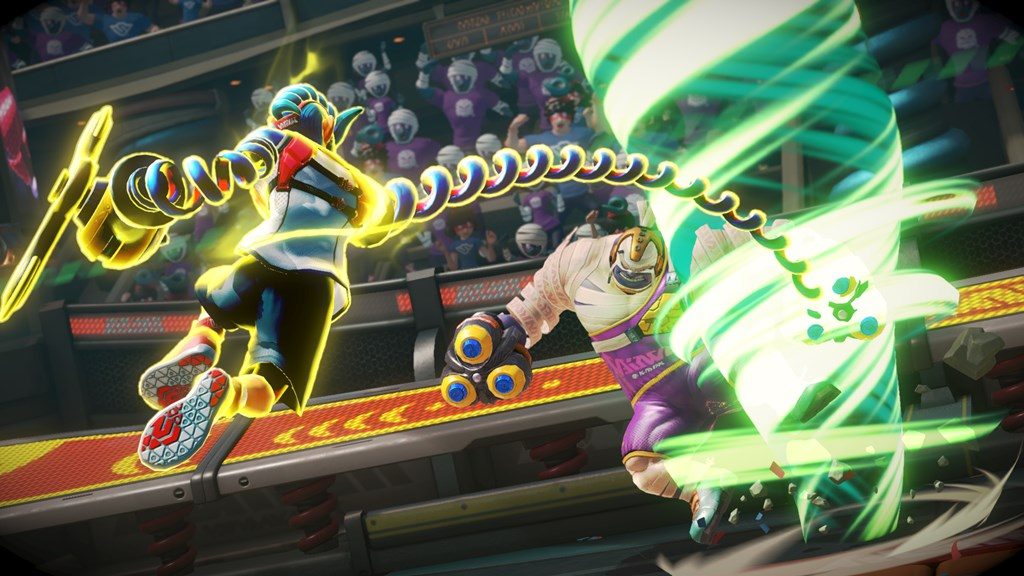 A slightly less weird game shown off was ARMS, a cartoony boxing game in which each boxer has absurdly long and elastic arms. Think Punch-Out! meets Plastic Man– ARMS will have a single player mode as well as multiplayer for online, LAN and split-screen play. The game’s set to be released in the spring- no word on a solid release date, however.

One of the game announcements that excited me the most was Splatoon 2, which is set to be released Summer 2017 for the Switch and, much like its predecessor, features 4v4 battles between squids, shooting brightly colored ink at one another. Like its predecessor, you can use a traditional Pro controller with the game if its groundbreaking gyroscopic shooting controls aren’t to your liking. Additionally, there will be voice chat available for the game through Nintendo’s Switch yet-to-be-unveiled smartphone app. Mario Kart 8 Deluxe is coming to the Switch on April 28, 2017 and includes all the DLC from the Wii U version of the game as well as some new content, such as the Inklings from Splatoon as playable characters and new maps and vehicles. Besides the extra content and visual polish (you can play this one in 1080), not much has changed from the Wii U version of the game, which is fine, since it’s a great game in itself, though it would be nice to know if the Switch is ever going to get its own Mario Kart game instead of a remaster. The next main game in the Mario series, Super Mario Odyssey, will be coming to the Nintendo Switch during Q4 2017- it’s a 3D Mario title with an open design, along the lines of Super Mario Sunshine and Super Mario 64; what we know about this game, thus far, is that Mario will be able to visit an assortment of strange places on a ship that sails between worlds- apparently these realms include a city rather like New York in which people are properly proportioned (making Mario look kind of weird).

If you’re into JRPGs, great news: Xenoblade 2 was announced- they say that it’s coming out in 2017 for the Switch, and that a new hero’s going on an adventure, though we don’t know much else about the game- that said, the announcement trailer was really gorgeous- I’m looking forward to seeing more of it. 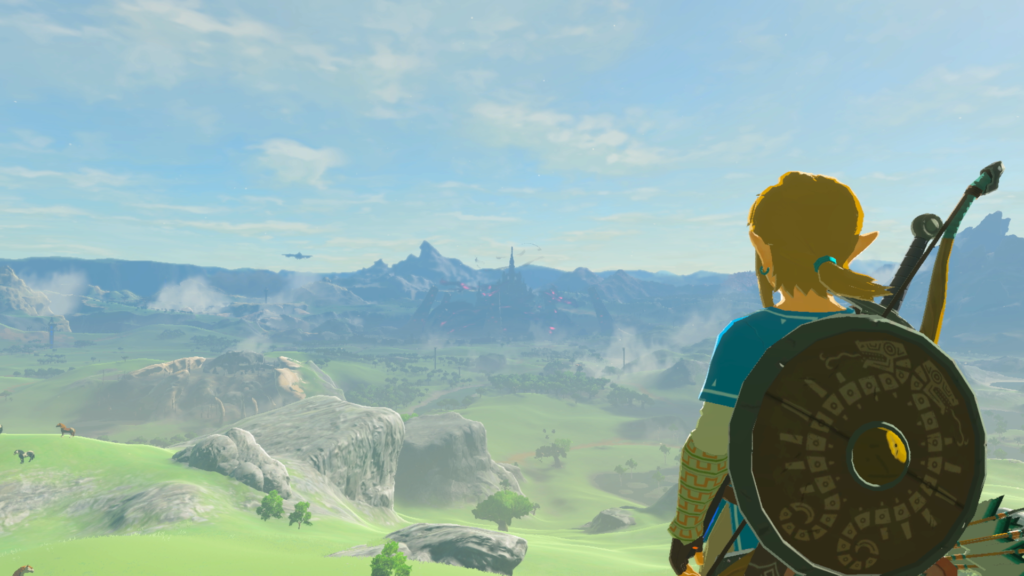 When it comes to pretty game trailers, however, I think the latest trailer for The Legend of Zelda: Breath of the Wild takes the cake- this next game in the Zelda series is the biggest in the series and features a huge game world with lots to explore and discover and puzzles to solve- it looks really promising. There’s something about the game’s aesthetic that feels very Ghibli-inspired, right on down to the music. The Legend of Zelda: Breath of the Wild is set to launch alongside the Switch on March 3, 2017. 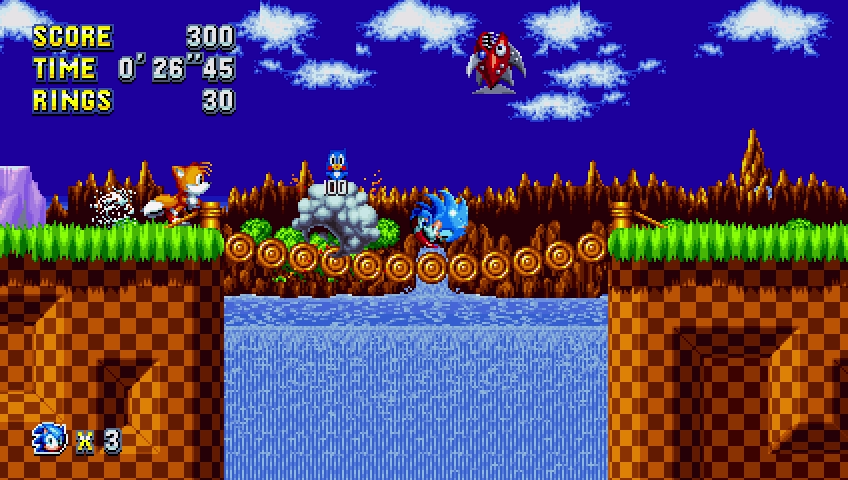 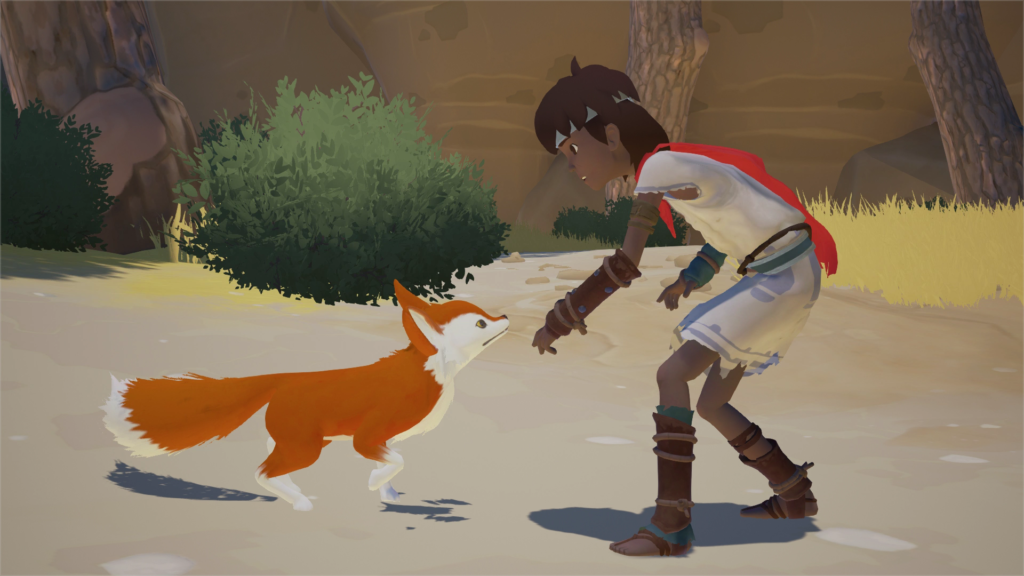 RiME is coming to the Switch sometime in May and is described as a single player puzzle adventure; in the game, you play as a boy stuck on a mysterious island- accompanied by a friendly fox, you explore ruins and uncover secrets. There’s not a lot of information about the game, but it is very pretty.

Shovel Knight: Treasure Trove and is set to be released on the Switch in 2017- basically, the game’s campaigns are going to be sold separately from one another on the Switch; in case you’ve not heard of Shovel Knight what you should know is that it’s a critically acclaimed platformer starring the titular knight and his shovel, and it’s pretty challenging- the game’s been a big success, and it’s probably going to sell quite well on the Nintendo Switch. The main campaign is now the first game, and it’s titled Shovel Knight: Shovel of Hope. 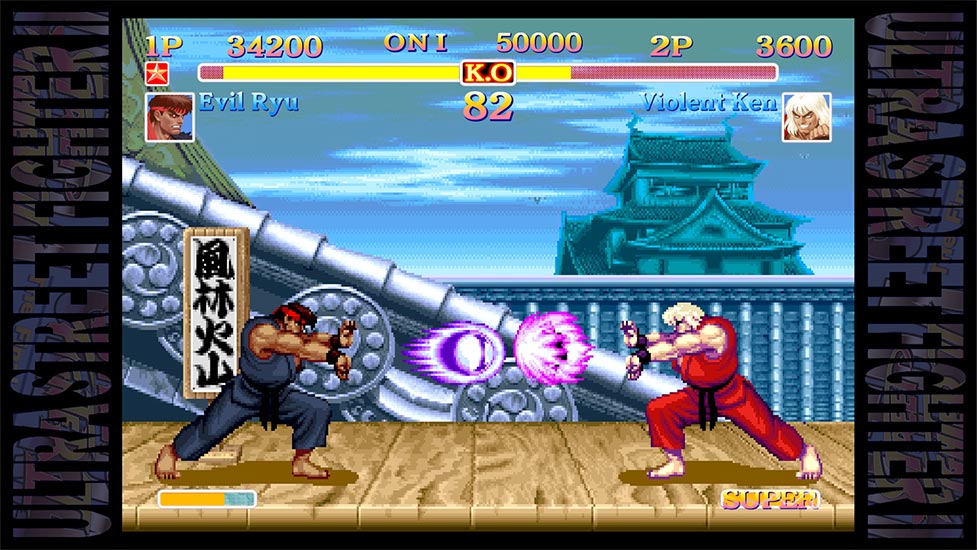 Ultra Street Fighter II: The Final Challengers will have be coming to the Nintendo Switch- it’s the ultimate version of the 26 year old Street Fighter II which, according to a blog post on Capcom’s official site, will have brand new single and multiplayer modes to be detailed at a later date. If you’re interested in trying the Switch before it’s launched, Nintendo will be holding a number of events and bringing it to such shows as PAX South and PAX East. Are you excited for the Nintendo Switch? Anything you’re disappointed by, or want to see more of? Are you planning on purchasing one? Sound off below or hit us up and follow @1RuleBeCool for all the greatest game news and editorials.]]>